New Delhi: On the pretext of Visa Forwarding Service (VFS) to Kuwait, a  huge racket is going on under the very nose of the External Affairs Ministry (MAE) where poor Indian laborers are being fleeced by those centers a whopping 700 -800 percent extra money for just getting the  visa endorsed by Kuwait embassy.

After the merger of the Ministry of Overseas Affairs in the MAE, it is the responsibility of the ministry to see the interest the Indian unskilled semi-skilled and skilled workers who want to get a job in the wealthy Gulf States but they have been fleeced by the crooked elements taking advantage of their ignorance.

Muslim Mirror.com tried to unearth the actors behind that gigantic scandal as it contacted many persons who work in these VFS centers of other countries. They told Muslim Mirror that some officials of the Kuwait government connived with some –crooked Indians to run this money-minting racket. They revealed that the concerned ministries and authorities in Kuwait have no knowledge about the existence of such centers which have been taken gullible Indian laborers for a ride. They said Indian and Kuwait both the governments must take the notice of such unethical activities as these poor people are a good source of foreign remittance to the country. 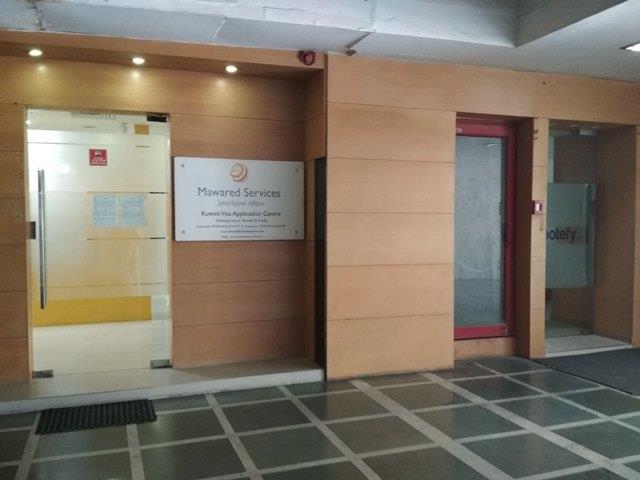 The leveling of increased service charges began in 2015 when a unique center namely Mawared came into existence with almost doubling fees from Rs 5,000 to Rs 9,463 INR.

In 2016, two more centers Opulent and Danah came up with charging the same fees. These centers extract such a huge amount of merely doing a courier service. Their only job is to collect passports from the job seekers and take them to the Kuwait embassy for stamping and return them back to the respective job-seeker.

In total, these centers are taking INR 9463 (5000 visa fee plus 4463 service charge) from per candidate mostly skilled, semi-skilled or unskilled job seekers willing to go to Kuwait.

While other countries charge much less amount for providing the same service from visa seekers. For example, Canada charges INR 748 and Italy charges  INR 1015 only from each candidate.