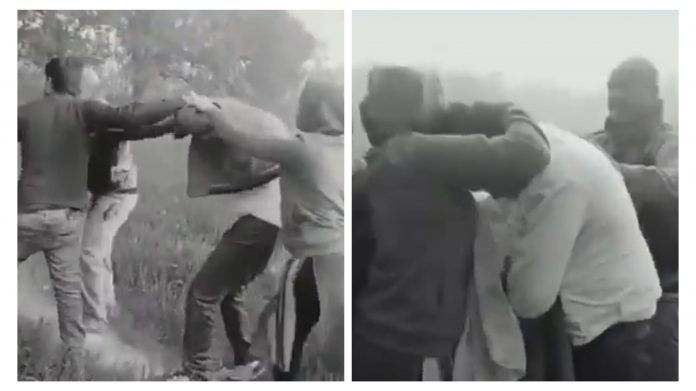 Workers for the right-wing group Bajrang Dal allegedly beat up and harassed a Christian family, in Bihar’s Vaishali district, alleging that they were involved in religious conversions.

“Hamare Ram see jo khilwad karega, usko hum barbaad kar denge (We will destroy anyone who messes with our Lord Ram),” a Bajrang Dal worker can be heard saying in the video which is viral on the internet.

This is from #Jandaha, #Vaishali, #Bihar.#Hindu far-right #BajrangDal members thrashed a #Christian man over the allegations of religious conversions. pic.twitter.com/B0dAU5raIw

The family’s women, including an elderly person, attempt to save the man as other Bajrang Dal men attempt to assault him.

“Pehle is budiya ko maaro (hit this old woman),” the person filming the video says at one point.

The women make every effort to free their male relative from Bajrang Dal’s control, but they rarely succeed.

The man filming the video asks, “Dharam parvarthan kaahe karva rahe ho (Why are you conducting religious conversions)” as the younger woman begs him to stop.

Police officers from the Jandaha station called it a false incident.