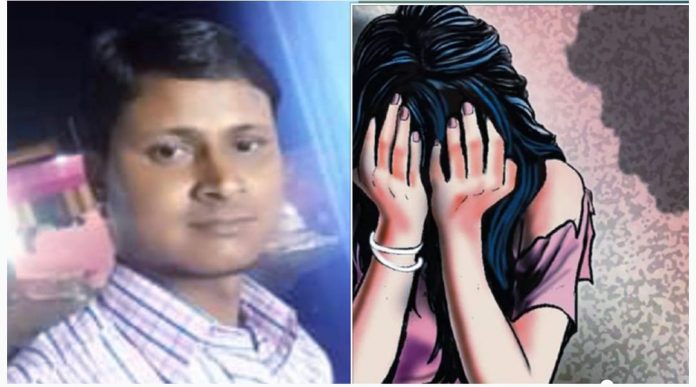 A 16-year-old Muslim girl was raped, tortured and murdered allegedly by village pradhan’s (village head) 29-year-old brother and his accomplices in Bihar’s Katihar district. The victim’s family claimed that the local authorities and police are protecting the accused and have manipulated the port-mortem report for the same.

Two persons – pradhan’s brother identified as Kusum Lal Vishwas and a woman named as Rekha Devi – have been taken into police custody, amid growing pressure from locals.

The girl purportedly had an affair with Vishwas. They used to chat on the phone, according to one of her kin.

She went to somewhere in the village on 24 May but did not return. Her kin filed a complaint of ‘missing’ at local Azamnagar police station on 25 May in the morning. In the evening, they found her dead body in the house of Rekha Devi.

The girl’s cousin, Wajhul Qamar, said that there were many bruises on her body. Her waist was broken. There was a dark contusion on her throat to suggest that she was strangulated. Apart from that, some slippers and liquor bottles were found near the spot.

He alleged that she was raped and tortured at somewhere else but her body was left at Rekha Devi’s house.

The police arrested Rekha Devi on the same day. However, they took no immediate action against the pradhan’s brother named Kusum Lal Vishwas. In a statement, they said that a case of murder has been registered under sections – 302/201/120-B/24 – of the Indian penal code.

Family not satisfied with post-mortem report

The post-mortem report said that the girl died due to “asphyxia as a result of hanging”. It further said that there was no sign of recent sexual intercourse.

The family was not satisfied with the autopsy report and were angry due to inaction against Kusum Lal Vishwas. As a result, Locals blocked a highway in Azamnagar town in protest over the same on 26 May.

In the wake of growing pressure, the police finally took Kusum Lal Vishwas into custody on 27 May.

Body sent to Bhagalpur for re-post-mortem

Following an order by the court of Chief Judicial Magistrate, the girl’s body was sent to Bhagalpur on 28 May for re-post-mortem. “We want a fair trial in this case,” Qamar said.

Affair between victim and main accused

Qamar stated that the girl used to talk to Viswas. He had given her a mobile phone and a SIM card, which she used to chat with him. “You can call it an affair,” Qamar added.