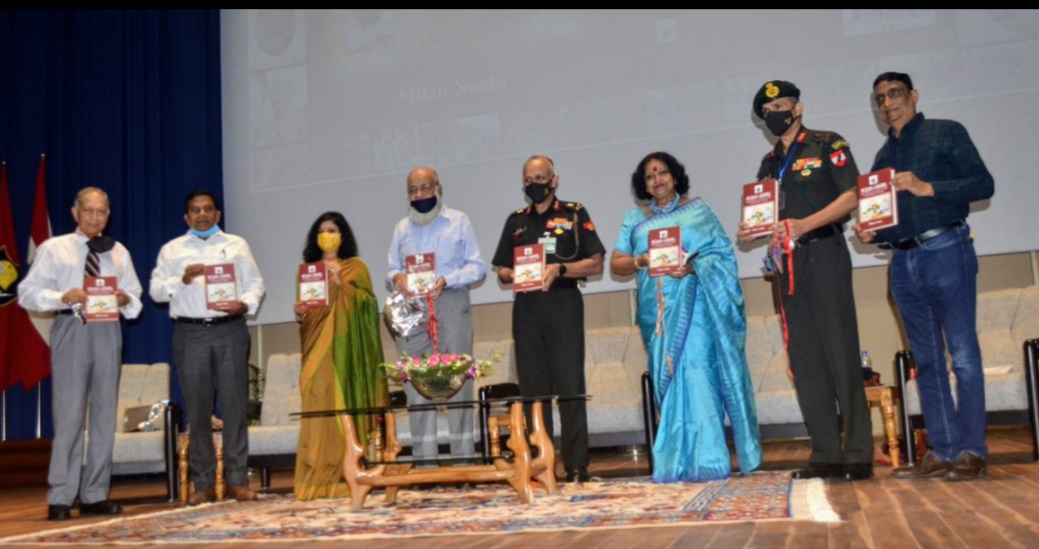 The book was released by current Vice-Chief of Army Staff Lt. Gen. C. P. Mohanty at Dronachal, the headquarters of Sudarshan Chakra Corps, in Bhopal.

Lt. Gen. Naidu’s untiring efforts gave shape to his book “Nizaam-I-Bhopal”. It took five years of research, poring through Farsi (Persian) and Urdu records that led to the book. 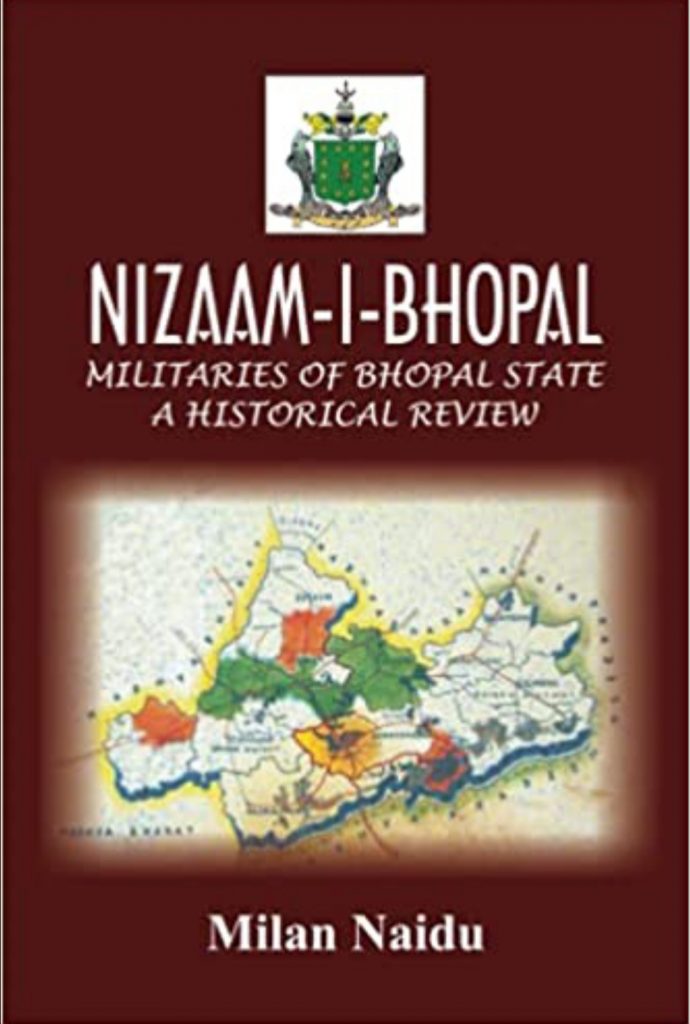 It is only befitting that this wistful narrative is brought out by Bhopal’s very own son, Milan Naidu, who personifies that gentility, sophistication and aesthetic refinement to do justice to any literature to do with Bhopal. As a thoroughbred officer-and-a-gentleman with the highest military credentials and an illustrious career behind him only could have produced such an exquisite and masterful body of work “Nizaam-I-Bhopal”. The unforgiving ravages of time, circumstances and dominant instincts that governed its leadership from time-to-time, have been minutely analysed, explained and postulated for posterity. The rich, unsung and often unknown facets and tapestry of Bhopal’s military traditions, legacy and its continuing imprints are generously captured, documented and brought alive in this book.

In the book “Nizaam-I-Bhopal” Lt. Gen. Milan Naidu (Retd.) has charted the transformation story of rag-tag forces of the Indian princely states, from the 18th century to that modern Army. He has lucidly described the socio-economic-politico environment which existed in those times and analysed the evolution, rules, service conditions, ceremonials and battles fought by state forces, with special reference to Bhopal State.

The Book is a historical analysis of the Militaries of the Bhopal Princely State. Bhopal had the singular position in the comity of Princely States in British India, with a 175 years’ continuous line of Begums rulers. They were visionaries, educated and erudite. They displayed tremendous administrative ability, leadership qualities and diplomatic acumen, coupled with comparable skill at horse riding and arms. These Rulers set the tone of the Militaries and its motivation. The Bhopal Battalion, as part of the Indian Expeditionary Force, was the first non-Europeans to have disembarked at Marseilles in France to fight the War on foreign shores battling the weather and enemy alike.

A Bhopal battalion was even awarded one of only nine Victoria Crosses given out to Indian soldiers in Mesopotamia in the Great War. That same unit is part of Pakistan now. In the 1965 India-Pak war this battalion was awarded “Nishan-e-Haider”. The icing on the cake was that its Militaries were demobilized in a peaceful and a placid manner, to be absorbed by the Civvy Street in a symbiotic equation.

With such historical genesis and background of the State Forces, Lt. Gen. Naidu (Retd.) helps us to understand how much of our present Army developed its traditions, values and ethos; the singular character which it win the Kargil war despite the severe adversities.

This book is of true historical value, especially of the painstaking research, much from many primary sources, obtaining information from abroad (including Pakistan), interviewing progeny of the soldiers, and finally putting all of it in order.

The author’s observations on the governance and policies of the rulers help us to trace the developmental process of the state. How these issues impinged at various times on the States Forces is reflected subtly. Some of the anecdotes narrated in the book are hilarious and some quite poignant.

Kalim Akhtar, a historian and researcher says: “It is interesting to read how the Bhopal army collaborated with the British and fought the World Wars as well. It presents a true picture of history after years of research of Farsi (Persian) and Urdu records maintained in libraries, as far as the UK. It will be of great interest to lovers of history and especially those who love Bhopal.”

While Iram Khan, a housewife, in her comments about the book says: “It is well researched and attention grasping and would recommend it to anyone who has even a slight curiosity about the old world charm that the city of Bhopal still exudes”.

Meanwhile, the author of the book, Milan Naidu joined the National Defence Academy and was commissioned into the famed Rajput Regiment in 1967. He served for 41 years, holding several key positions – including worked as Military Attaché in Germany; Commanded 5th Battalion the Rajput Regiment in Sri Lanka; Commander of the Corps in Ladakh and GOC-in-C Army Training and Doctrine Command at Shimla before being made the Army Vice-Chief. He attended Canadian Forces Command and Staff College Course in Toronto. After retirement, he was appointed a member of the Armed Forces Tribunal at New Delhi.

Lt. Gen. Naidu (Retd.) was born and brought up in Bhopal, the state capital of Madhya Pradesh. He did his schooling from Bhopal passing out X Class (Matric) from St Josephs Higher Secondary School, Bhopal in 1963. I may mention here that he was seven years senior to me in the school where I too studied in the sixties.

He did his M.Sc. in Defence Studies from Madras University in1984-85. Later on he did M. Phil in Defence Management in 1989-90. He completed Post Graduate Diploma in Environment and Ecology, Barkatullah University, Bhopal in 1996-97.

He won the Junior Small Bore in the National Shooting Championship in 1963. He was awarded ‘Shooting Blue’ in NDA.