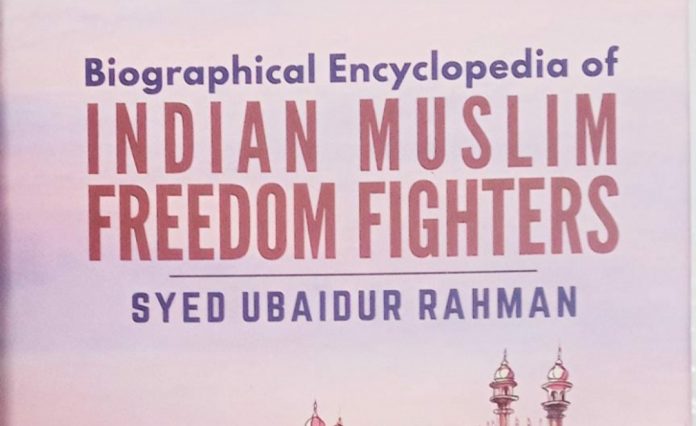 Syed Ubaidur Rahman seems to have finally fulfilled a need that has been felt by millions of Indians, particularly the 200 million strong Indian Muslim community, with his latest book, Biographical Encyclopedia of Indian Muslim Freedom Fighters. A rather young and a respected author, he has been churning out literature on an important theme that had been neglected for many decades now.
His latest book has been doing rather well, and I am told that within the first month of its launch, the book went for reprint, a sign of confidence in him and his work by readers. However, given the small print run that our books usually have, I am sure, the Indian Muslim community will back him to the fullest and appreciate his efforts. 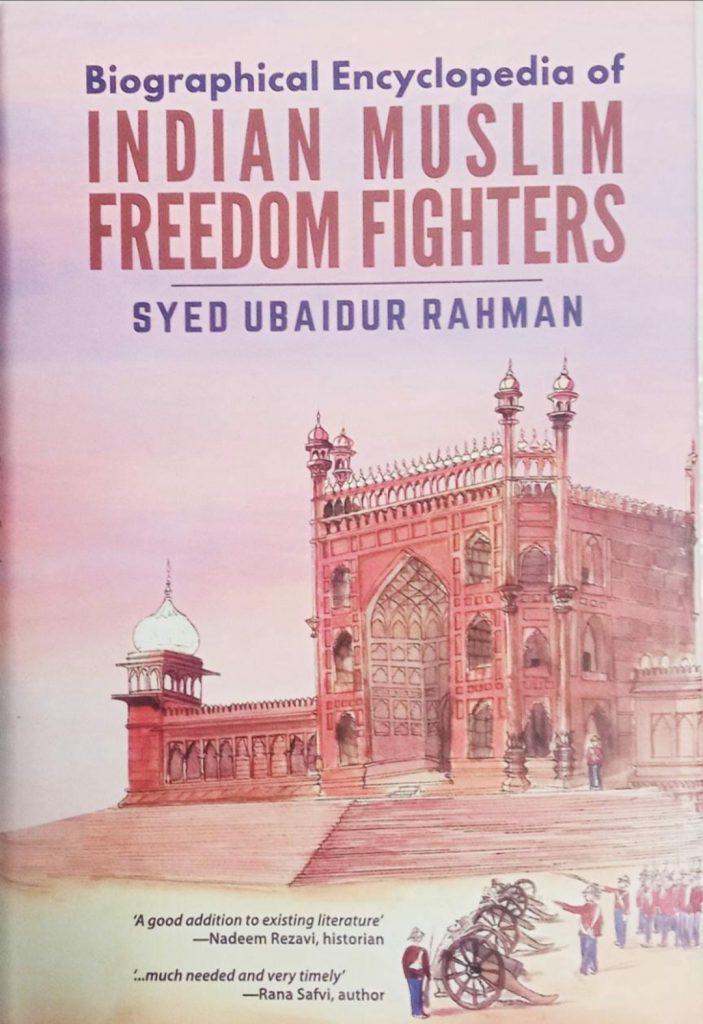 Indian Muslims have been at the receiving end of the taunts of the right wingers for many decades, more particularly, over the last several years, as they claimed that Muslims had no role to play in India’s freedom movement. Such jeers and taunts have become a daily spectacle almost everywhere and most of the people don’t really have any idea as to what sacrifices their forefathers and Muslims of all hues gave for the nation and its freedom.

Not just our young generation, but even our elders including most of the well-educated people, don’t have even slightest idea about Muslims’ sacrifices not just in the 1947 freedom struggle but also in the first war of independence of 1857 that was literally led and fought by Muslims. The 1857 Mutiny was led by last Mughal Emperor Bahadur Shah Zafar, Ahmadullah Shah, Barkat Khan, Khan Bahadur Khan Rohilla, Begum Hazrat Mahal besides many others. And they all paid heavily for their participation in the 1857 Mutiny. Last Mughal Emperor was deposed, and banished to Rangoon in Burma, where he spent the next few years of his life imprisoned and in absolute penury. Six Mughal princes, the sons of Bahadur Shah Zafar, including his oldest son Mirza Mughal, who had led the mutinous forces in Delhi were mercilessly killed.

A number of other leaders of the 1857 Mutiny too were hanged to death when the British colonial rulers finally defeated the first war of independence. Khan Bahadur Khan Rohila, who had defeated the British forces in Bareilly and Rohilkhand, driving them out to Himalayas and had provided extremely important support to the rebels from Tantia Tope, Nana Saheb, and other leaders of the freedom movement from across North India was mercilessly hanged to death near Kotwali in Bareilly. Similar treatment was meted out to Molvi Ahmadullah Shah whose body was left hanging for days after being treacherously killed by an ally of the British.

Molvi Liyaqat Ali, who had defeated and driven out the British forces from Allahabad, an important city in North India, and ruled there with the help of Hindu and Muslim mutineers before the colonial rulers regained control over the town and surrounding areas, was imprisoned in Andaman Islands where he eventually died after remaining in inhuman conditions for years. Allama Fazle Haq, another renowned leaders of the freedom movement and a great scholar of his time, too spent long years in Kalapani in Andaman Islands before dying there in very trying circumstances.
Hundreds of thousands of other Muslims were butchered by rampaging British soldiers and their foot soldiers. Many cities or part of cities were completely leveled to the ground and people left homeless. Muslims of Delhi were forced out of their homes and not allowed to return back for the next three years. Jama Masjid, the iconic Mosque built by Mughal Emperor Shah Jahan was turned into military barracks and was returned at least three years later, on humiliating terms. Another great mosque of Delhi, Fatahpuri Jama Masjid, in Chandni Chowk, was sold to a Hindu businessman for a pittance. It remained under his control till Muslims of the town shelled out a princely sum to buy their place of worship back. Their homes and lands were forcibly acquired by the government. Muslim landlords were the worst hit as their fiefs were impounded and they were rendered paupers.

However, we don’t have any idea, least of all our younger generation, about these sacrifices or the sacrifices given by other leaders of the freedom movement in the first half of the 20th century.

Syed Ubaidur Rahman while writing about the sacrifices made by the Muslims in the first war of independence says, “When the British forces reoccupied the city in 1857, they were given free hand in killing Muslims and pillaging their properties. If that was not enough, military ordered that the residents of the city were to immediately evacuate their houses and businesses to make Delhi ‘safe’ for the occupation forces. This must have been the worst scenario where people of Delhi were forced to leave the town that was so painstakingly built by their fathers and forefathers over a period of centuries and where they had lived all their lives. It is said that out of hundreds of thousands of Muslims living in Delhi, only Mirza Asadullah Khan Ghalib, the renowned Urdu and Persian poet, was allowed to live. And it was thanks to the generosity of Maharaja of Patiala, a supporter of the British colonial rulers who had sent forces for supporting them that he survived the looting, pillaging and killings of Muslims. Thanks to Maharaja of Patiala’s guards, the celebrated poet was one of the very few citizens of Delhi to remain unmolested. His property too remained untouched and safe. It is said that he was the only member of the Mughal court to have survived the fall of Delhi. All others were either killed or thrown out of Delhi, their homes and businesses ransacked and destroyed”.

He goes on to add, “Muslims were integral part of the Congress’ anti colonial struggle too. From Justice Tayabji to Maulana Abul Kalam Azad, there were as many as nine Muslim leaders who became the president of the Indian National Congress. Not just Mahatma Gandhi, Nehru and Patel led the freedom movement, Muhammad Ali Jauhar, Shaukat Ali, Maulana Azad, Dr Mukhtar Ansari, Hakim Ajmal Khan, Maulana Mahmud Hasan and many top of the line Muslim leaders were equally respected and hugely popular who gave every possible sacrifice for the cause of the freedom movement. Without them and their sacrifices, it is completely unthinkable that the nation would have won freedom”.

Syed Ubaidur Rahman’s latest encyclopedic work, ‘Biographical Encyclopedia of Indian Muslim Freedom Fighters’, is an extremely well-meaning work that fills the gap to a large extent. It is the fourth book of the author on the freedom movement and Muslims’ role in it, and the most exhaustive work to date.
The book tries to set the record straight. While this is rather very late in the day, however, it has come at the most opportune time when the anti-Muslim propaganda is on its highest. It is a timely work that needs to be read by our young generation and also by not so young people as mostly we are rather ignorant of our heritage, our history and the sacrifices made by our forefathers for the cause of the freedom of the nation.

The author must be commended for his efforts, particularly, his brainchild, India Muslim History Project, under which he is trying to document Indian Muslim history. His next book, ‘Historic Mosques of India: A Documentary Record’ is expected to be out next year and will document detailed history of historic mosques across the country. He needs our support to accomplish the challenging task that he has set out to pull off.
***