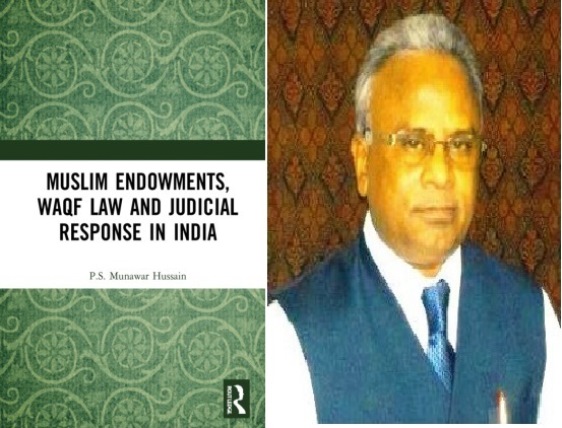 Hyderabad: The book “Muslim Endowments Waqf Law and Judicial Response in India” authored by Dr. P.S. Munawar Hussain is making waves as renowned publisher Routledge from London and New York have published its international edition in December 2020. The book has found its place in around 70 libraries of universities and colleges of different countries around the world.

The author is a Joint Registrar of Maulana Azad National Urdu University, Hyderabad who has expertise in waqf affairs. India boasts of more than 6 lakh waqf properties but mostly is under adverse possession or is not used to its optimum potential.

The volume covers several jurisprudential and historical aspects of Waqf, which include Doctrines of Waqf; Essential Requisites of Waqf; Valid Objects of Waqf; Historical Account of Waqf; Emergence of Waqf Law in India; and Constitutional Validity of Waqf in India. The chapters then go on to discuss the Waqf Act 1995 and Waqf Amendment Act 2013. The legal perspectives of each Section of Waqf Act and its amendments are elucidated with references under Reflections. The case-law has been analysed and cited under each Section of Waqf Act, wherever applicable.

As per the information available on Worldcat.org, the book has found its place in around 70 libraries of universities and colleges of different countries around the world including Australia, Canada, U.K., USA, Mexico, Germany, Nigeria, Malta, etc., apart from the Gulf countries in just one month of its release.

The book will be of interest to scholars and researchers of law and legal studies. It will help practitioners of Law, the managers of Waqf Institutions and officials involved in Waqf Administration.

The Publisher has placed the book in Theorising Education Series, because of its innovative work from a wide range of contexts and traditions.

The inglorious Airport of Hyderabad once a Waqf property