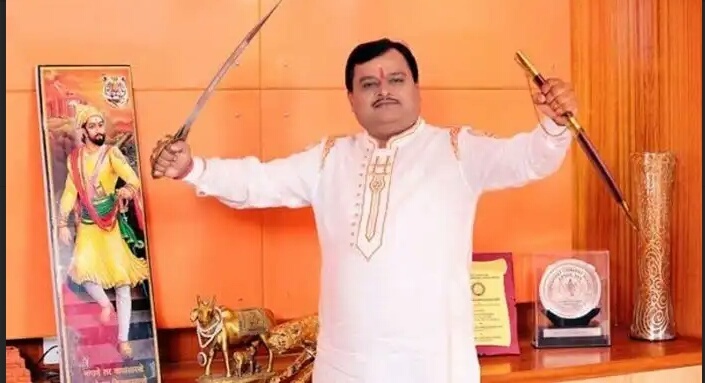 New Delhi: National Vice President of Social Democratic Party of India Adv. Sharfuddin Ahmad in a statement took a strong exception to the widely circulated video clip of Suresh Chavanke of Sudarshan TV for shamelessly spewing venom and spreading hatred in the society attacking the very roots of administration and rule of law and secular thoughts of our country.

SDPI feels flabbergasted at the fact that the BJP government and UP Police who are very quick and fond of arresting men and women day in and day out for every tweet, statement or video on social media if it is dissenting, inconvenient to or against the authoritarianism of the Yogi Government.

In total contrast the UP Police has been sleeping over criminally on the most inflicting act of Chavanke of Sudarshan TV for circulating a hateful video clip full of hatred,malice and defamatory contents with an intent to undermine the harmony between communities and religions and also to damage the reputation and prestige of top ranking educational campus of the country, Jamia Millia.

This venomous clipping of Suresh Chavanke who introduces himself as the CMD & Editor-in-chief @SudarshanNewsTV Host #BindasBol #ChalteChalte in his Twitter Bio has been retweeted by 10,000 and has garnered more than 10,000 likes and is spreading like a wildfire. It is an advertisement clip of Sudarshan TV broadcasting detailed programme on Friday28th August 2020at 8 PM, about Muslimsoverpowering the state machinery and how and in what manner the Muslims would destroy India through their presence in bureaucracy. Chavanke has not only diminished the reputation of great political personalities and the system but also tries to create doubts in the minds of masses that the entire government machinery is weak, useless and untrustworthy.He is deliberately creating hatred between two communities, Sharfuddin added.

SDPI strongly demands that a FIR be registered urgently against Chavanke and hebe arrested immediately and prosecuted for instigating communal and religious hostilities and malice against Muslim community.