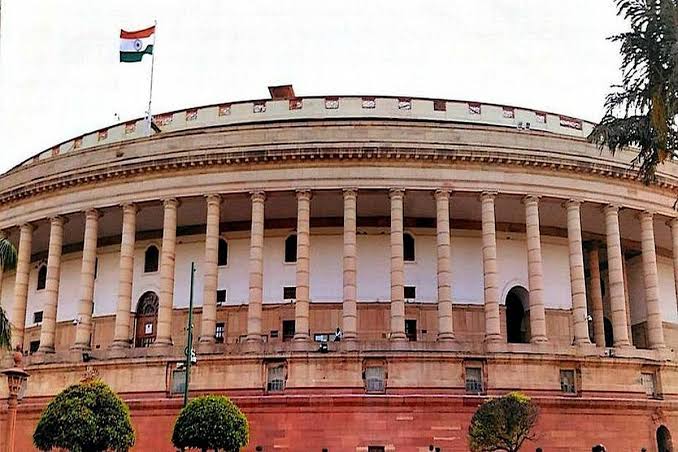 New Delhi:  The border dispute with China will be discussed in both the houses during the monsoon session of Parliament starting from July 19 as opposition parties are to demand the government’s status report over the issue.

This was apparent after Defence Minister Rajnath Singh met two former defence ministers — A.K. Antony and Sharad Pawar — on Friday, just three days ahead of the session.Chief of Defence Staff General Bipin Rawat and Indian Army Chief General Manoj Mukund Naravane were also present during the meeting.Singh met them amid the ongoing de-escalation talks with China.

Also, Congress — during the parliament strategy meeting headed by party chief Sonia Gandhi — had decided to raise the border issue with China in the coming monsoon session of parliament.The session beginning on July 19 will end on August 13.Earlier this month, the Chinese displayed banners near the Line of Control in Demchok during celebrations of the birthday of the Tibetan spiritual leader the Dalai Lama on July 6.Chinese People’s Liberation Army men and civilians came on the other side of the Sindu river in the Demchok region of Ladakh.”They waved their flag in protest when villagers on the Indian side were celebrating the birthday,” said the officer, adding that they came in five vehicles and raised banners and flags.Prime Minister Narendra Modi had greeted the Dalai Lama on the occasion of his 86th birthday. It was for the first time, Modi officially said he spoke with the Dalai Lama. Amid standoff with China, for the first time India changed its posture, unlike its previous defensive approach that placed a premium on fending on Chinese aggression on India is now catering military options to strike back and has reoriented its military accordingly.India reoriented around 50,000 troops whose main focus will be the disputed border with China.-IANS