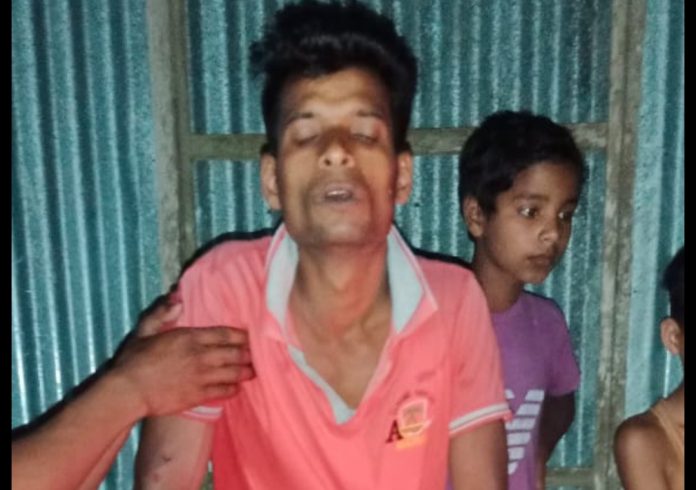 New Delhi/ Kolkata: Another case of systematic torture allegedly by the Border Security Force (BSF) personnel without reason has come to light in the bordering area of West Bengal. 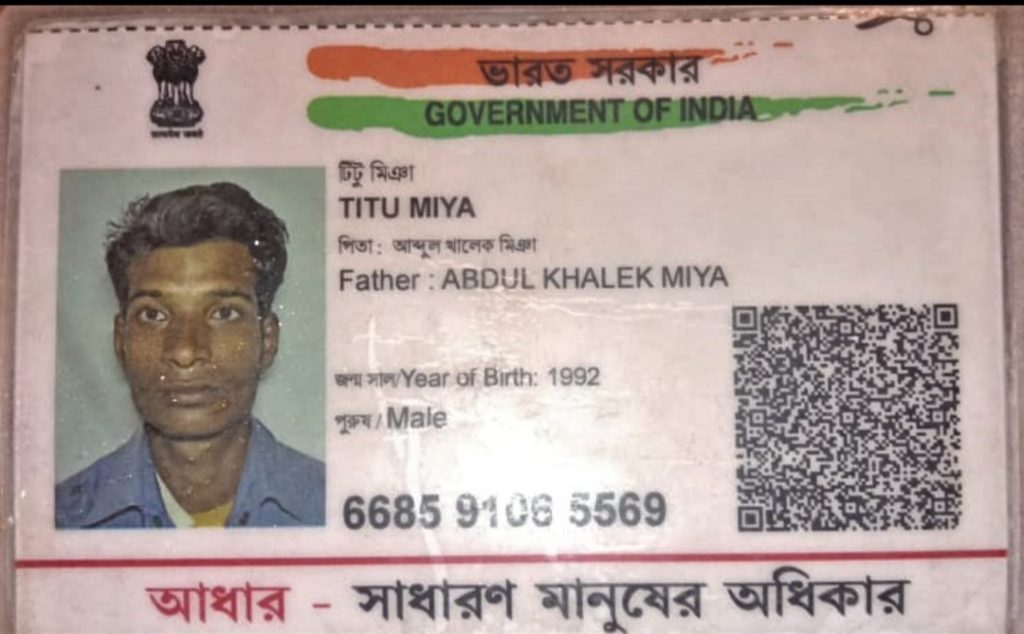 Titu Miya, an innocent marginalised Muslim youth from Konamukta village of Dinhata-I block, was allegedly savagely beaten up by two BSP men for no apparent cause on the day the country was grieving the Britishers’ impunity in the 103-year-old Jalianwala Bagh massacre. The victim was seriously hurt and knocked out. He was transferred for treatment to the Dinhata Sub-Divisional Hospital, where he stayed for three days. Even after being released from the hospital, the victim remains bedridden with acute physical aches.

Details of the incident

Titu Miya, 30, is a daily wage labourer who supports a family of five on a meagre monthly income of rupees 4,000. He comes from a Muslim OBC (Other Backward Class) household that has been marginalised. His residence is about a kilometre inside Indian territory from the border fencing.

He was on his way to Narayanganj market for some shopping on March 25, 2022 when he was stopped by two armed BSF men riding bicycles at Konamukta Makar More. The BSF personnel began violently hitting Titu Miya with their sticks without warning as the victim got unconscious. It was further found that soon before the incident, two bystanders were discussing among themselves when they spotted the alleged perpetrator BSF personnel travelling through the Makar More area. Titu Miya was also going through Makar More at the time, which is around 700 metres inside Indian territory from the boundary fence.

Bystanders were suspected of being smugglers by the BSF, who also suspected Titu Miya of being involved. They began torturing him without seeking proof or even speaking with him. They continued to beat Titu Miya for almost 10 minutes, inflicting major injuries to his back, waist, chest, hands, and forehead before knocking him out.

The villagers gathered around Titu Miya’s screaming, but they couldn’t intervene because they were afraid of the BSF’s wrath. The villagers rushed Titu Miya to the Dinhata Sub-divisional Hospital for treatment after the BSF forces left him unconscious. On the 28th of March, he was released from the hospital after being admitted for three days. Even after being released from the hospital, the sufferer remains bedridden with terrible body aches and is unable to work.

The victim’s family is in financial distress because the family’s sole breadwinner Titu Miya is unable to work.  Suraj Thapa, the Inspector-in-Charge of Dinhata police station, paid a visit to Titu Miya on March 25th to inquire about the problem. Mrs. Jaheran Bibi, the victim’s mother, filed a complaint with the Inspector-in-Charge of Dinhata police station on the same day. The complaint was received by an on-duty police officer, who sealed the copy of the complaint. The complainant was not given a copy of the FIR.

The inhuman incident of torture was brought into public domain by MASUM, a rights organization working for the marginalized people in West Bengal.

Speaking with MUSLIM MIRROR, Kirity Roy, Secretary, MASUM, said we have already written to the Chief Secretary, Government of West Bengal demanding investigation into the incident and registration of case against the perpetrators of this torture.  It is not a first such incidents which violates the rights guaranteed in Article 19 and 21 of Indian Constitution and also the premise of Article 7 and 12 of International Covenant on Civil and Political Rights as well as the Goal No. 8 and 16 of the Sustainable Development Goal earmarked by United Nations and in both these international instruments; the government of India is a party and have agreement, Roy added.

He further said the Coochbehar police did not upload FIR filed against the guilty personnel while the Dinhata police haven’t taken any action yet because of this the perpetrators are enjoying impunity.

Details of the perpetrators

Two Constables attached with Narayanganj BSF BOP, 90 Battalion, under Dinhata Police Station, Cooch Behar District. The perpetrators were tall, dark complexioned and had moustache and can be identified if the faces are shown to Mr. Titu Miya.

In the letter to WB chief Secretary, MASUM demanded that:

*BSF should be posted in actual borders and not inside villages

*Security and safety of the victim and his family members must be protected.

To watch the videography of fact-finding: