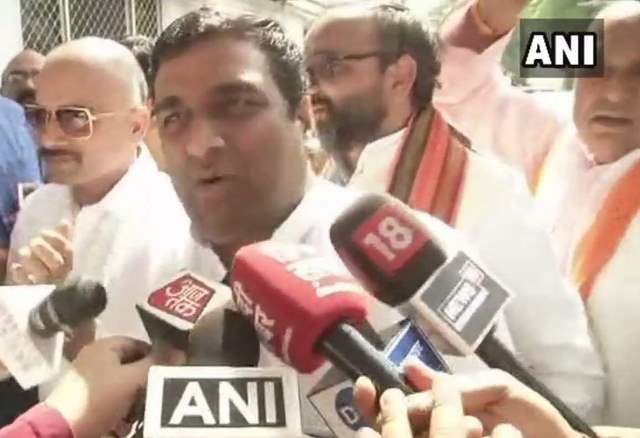 Lucknow, March 23: In a jolt to the Bahujan Samaj Party (BSP), its legislator Anil Singh on Friday voted for BJP candidates in the Rajya Sabha polls currently underway in Uttar Pradesh.

Talking to the media after casting his vote, Singh, who met chief minister Yogi Adityanath on Thursday night, said he voted for the BJP on “antaratma ki awaaz” (inner call).

“My inside asked me to vote for the BJP,” the legislator from Purwa in Unnao said.

His move sent shock waves in the opposition camp, specially the BSP which is counting each vote to get its lone candidate Bhim Rao Ambedkar elected to the Upper House of Parliament.

The BSP MLA, however, said he did not know what his other party legislators were up to.

His father Naresh Agarwal joined the BJP earlier this month.

Nitin Agarwal told the media that the people would punish the unholy alliance between the SP and the BSP.

Voting for the 10 seats began at 9 a.m. at the Tilak hall in the Vidhan Sabha building here.

It will conclude at 4 p.m., after which counting will begin at 5 p.m.

Among the first to vote was former Uttar Pradesh Chief Minister Akhilesh Yadav’s estranged uncle, Shivpal Singh Yadav who is the SP legislator from Jaswantnagar.

Talking to reporters after casting his vote, Yadav said he was sure that the BSP’s candidate would win the Rajya Sabha seat.

Congress legislators have also cast their vote. Leader of the Congress legislature party in the Assembly, Ajay Kumar ‘Lallu’ said all the conspiracies and dirty tricks of the BJP to wean away MLAs from other parties will fail miserably.

The Congress’s seven legislators have pledged support to the BSP candidate.

Uttar Pradesh Chief Minister Yogi Adityanath was also in the Vidhan Sabha premises along with many of his ministerial colleagues. The BJP has fielded nine candidates while the SP and BSP have named one each.