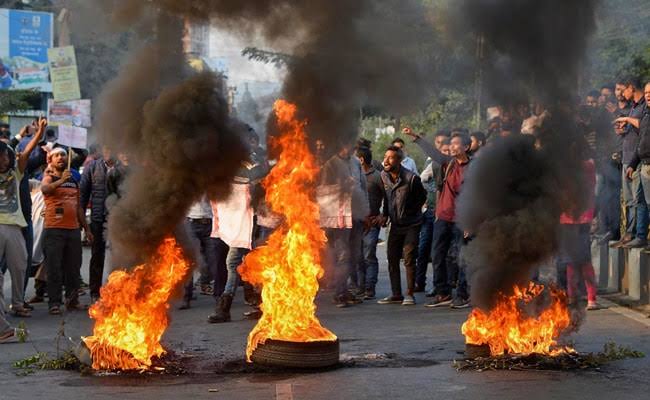 New Delhi, Dec 12: Amidst the violent protests against the Citizenship (Amendment) Bill going on in  North-East the ministry of information and broadcasting issued an advisory for private TV Channels on Wednesday.

The advisory directs the channels , that the broadcast content should be strictly in adherence to the programme and advertising code as prescribed in the capble television Networks (Regulation) Act,1995.

Here, it has been clearly written in the advisory that; “all TV channels are advised to restrict the content that encourages violence and contains anything against the  maintenance of law and order, or which promotes anti-national attitude; and contain anything that affects the integrity of the nation”. 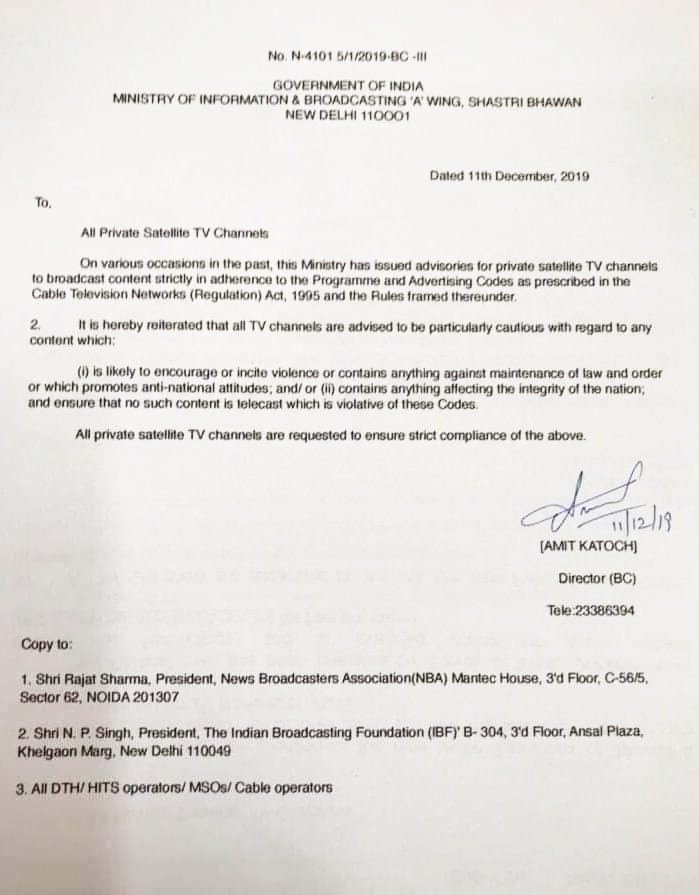 Significantly, this advisory came in the wake of nationwide protest against the Citizenship ( Amendment) Bill 2019 passed by upper house on wednesday with 125 votes in favour and 105 against it. The Bill seeks to provide Indian citizenship to non-Muslim refugees from Pakistan, Afghanistan and Bangladesh who faced religious persecution.

However, the CAB is fetching the criticism for its discriminatory approach towards the Muslims that violates the article 14 of Indian Constitution.