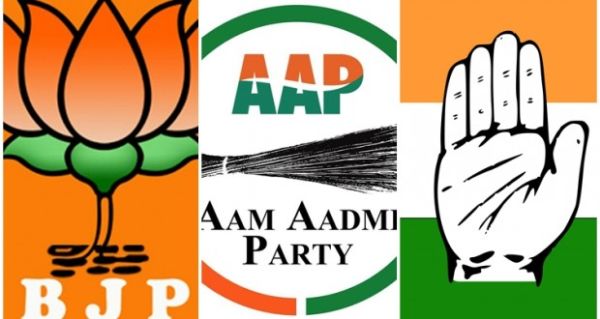 Aam Aadmi Party (AAP) has won the recent Punjab assembly election with a thumping majority. It has done this by defeating the political heavyweights of Punjab Capt. Amrinder Singh, Navjot Singh Sidhu, Badals, and the incumbent Chief Minister (CM) Charanjit Singh Channi. AAP’s success in Punjab became a reality because of the obsoleteness of the Congress at the national level, furthered by the in-fighting among the Congress senior leaders and the fight for the CM post in Punjab. The result was that Congress reduced from 77 seats that it won in 2017 to 18 seats in 2022.

The national political force of Modi led-BJP could only win 2 seats due to the ill-received Farm Laws by the majority of the agricultural community in Punjab. The emerging political situation laden with the anti-incumbency against Congress and resentment toward BJP created favorable conditions for AAP to secure 92 seats to form the majority government.

The electoral victory of AAP in Punjab was centered on specific issues such as deep-rooted corruption, deteriorated health system, and the drugs menace. AAP promised to remove corruption, strengthen good governance, creation of 25000 jobs and speedily delivery of services in health and education sectors in Punjab. Besides, during Punjab elections, AAP started the construction of a national alternative to the BJP, keeping the 2014 General Election in its mind. Therefore, apart from the emphasis on the Punjab-centric issues, AAP further shaped its strategy by including Bhagat Singh and Baba Saheb Bhim Rao Ambedkar in its electoral campaign. They are icons of socialism, secularism, the annihilation of the caste system, and socio-economic equality. However, AAP appropriated both ideals at such a point in the trajectory of its politics when it was getting cozy with Hindutva because it accepted core tenets of Hindutva, such as the construction of Ram Mandir in Ayodhya and scrapping of Article 360 in Jammu and Kashmir. AAP’s turn to Ambedkar and Bhagat Singh from Hindutva clearly showed that AAP is keen to construct an alternative national narrative that other political parties have not yet appropriated.

AAP emerged as a political party in 2012 from an anti-corruption movement in the capital. The party went on to form the government in the Delhi Assembly in 2015 based on a politics of freebies and populist welfare. AAP pushed core issues of the Jan Lokpal Bill and the ideology of Swaraj to the backburner in the face of contingencies that arose and to sustain political victories. The party also constantly witnessed changes in its priorities, capitalized on the mismanagement of the previous governments and the underlying social and economic tension of the society, and relied on welfare populism.

AAP followed the politics of ambiguity and incongruence that did not help it get even a single seat in the Lok Sabha election in 2019. Most political commentators blamed this on AAP’s lack of ideology. Consequently, right after the neck-to-neck confrontation during the political campaigns by Kejriwal against BJP and PM Modi in the 2019 General Elections, we saw a mellowing down in Kejriwal’s stance toward BJP and PM Modi to strengthen its Hindu vote bank. AAP had to prepare for the Delhi battle, and the fear of recent national defeat made them appropriate to Hindu politics. In 2020, Delhi held its assembly election, which again surprised many when AAP successfully captured the majority of the seats to form the government.
After its 2020 victory, AAP shifted to cultural nationalism to establish itself as a political alternative at the national level. AAP appropriated the Lord Hanuman, welcomed Ram Mandir’s judgment of SC, provided free pilgrims to Ram Mandir, and lauded scrapping of Article 370. Later, AAP promoted militant nationalism through its Deshbkhati Budget (patriotism) and Kattar Deshbhakt curriculum to install the nationalistic fervor in schools. These initiatives were AAP’s attempt to make inroads into the politics of cultural nationalism to compete with the BJP. Unlike Congress and BJP, which have solid ideological roots, AAP is a political party without historical roots that compels it appropriate contradictory political characters and symbols for political gains.

Following the Delhi Model, AAP, from the start of the campaign, projected itself agent of change that aimed to cleanse the system from corruption and accused its rival of looting the state. AAP crafted its political campaign in two ways:

(1) Kejriwal did not target Modi to remain on the right side of the ‘nationalist narrative,’ except the Delhi Assembly under his leadership passed a resolution rejecting the Farm Laws realizing its importance in capturing the votes of the Punjabi farmers. During his speech in the assembly, Kejriwal asked, “What was the hurry to get Farm laws passed in parliament during the pandemic? It has happened for the first time that three laws were passed without voting in Rajya Sabha. I hereby tear three farm laws in this assembly and appeal Centre not to become worse than Britisher”.

(2) During the campaign, AAP used the ‘Inquilab Zindabad’ slogan of Bhagat Singh, who fought British imperialism to establish an equal society where no discrimination could be done based on caste and religion. In Why Am I Atheist, Bhagat Singh did not merely wish to free India from colonial bondage but dreamt of an independent India, which would be egalitarian and secular. AAP reduced Bhagat Singh to a youth icon, ignoring his revolutionary ideas of egalitarianism and secularism to capture the vote bank of the youth. In Delhi, too, AAP announced to name the first Sainik School of Delhi to train kids for the armed forces on the name of Bhagat Singh. Also, AAP espoused the idea of Ambedkar to educate every child of India, no matter to which caste, creed, or religion the child belongs. He promised to complete the Baba Saheb dream for egalitarian education. It was essential for AAP to appropriate Ambedkar given Punjab’s vast swathe of Dalit voters.
AAP adopted Bhagat Singh and Ambedkar to reshape AAP’s image from soft Hindutva to the path of casteless and secular society. It is yet to be seen how AAP will use both the icons in the upcoming elections of assemblies and parliament. Besides, it is hard to imagine how Kejriwal will adjust to Bhagat Singh’s ideas of secularism and equality with its desire to expand AAP influence through Hindutva in the Hindu voters in other states to establish a national alternative.

AAP’s political strategy witnessed a remarkable shift in the Punjab election from what was implemented in Delhi. AAP’s Supremo Kejriwal capitalizes on social and economic discontents like any other populist interested in winning the elections without transforming the structure of the politics. AAP aims to generate the perception and narrative that the previous parties failed to assuage the social, political, and economic problems of the ‘common man.’ However, AAP needs to address the issue of neo-liberalism that now deeply combined with religious politics in which the economic disparity in society became the cause of social tension on caste and religious lines. In Punjab, AAP appropriated Bhagat Singh and Ambedkar to win the elections. It did not challenge the nexus between religion and neo-liberalism. In the post-ideological age, where populism is dominating politics, the delivery of services has become more important for the masses than the ideas of Bhagat Singh and Ambedkar. Therefore, AAP’s desire to build a national alternative lacks ideological sincerity. AAP’s shifting ideological priorities may be further visible in the upcoming Assembly elections of Gujarat and Rajasthan, which BJP and Congress rule.