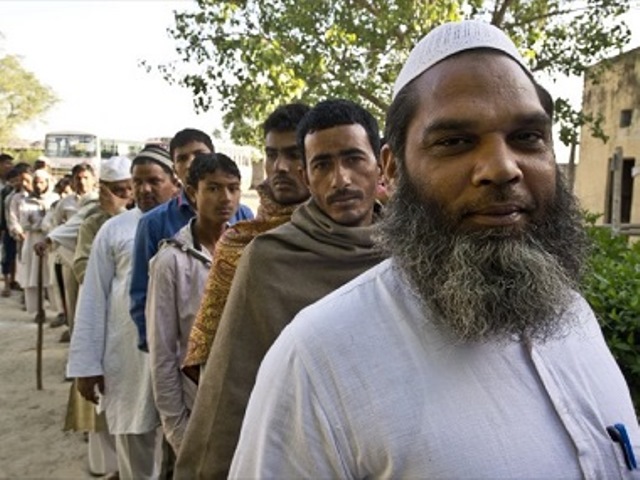 New Delhi: The Centre for development policy and practice (CDPP) has released a paper on ‘Development of Muslims in Uttar Pradesh – Policy implications,’ on January 9, 2022.   The paper goes on to highlight the poor condition of Muslims living in the most populous state of India.

The paper is a 76-page report that is based on studies about the condition of Muslims states that “as per the 2011 census survey, Muslims constitute 19.26 % of the total population in UP, but the community lags far behind many socio-religious categories (SRCs) such as; education, economic, employment, housing, landholding, access to credit and other development indicators.”

The paper also presents causes, effects, and possible interventions to arrest the worsening development of the Muslim community.

Employment: In terms of unemployment, there is a big gap in unemployment with other communities largely Hindus. About 36.5% of Muslims are employed in agriculture, 26.2% in manufacturing, 10.3% in construction, and 27% in services.

The report reveals that the average age of death was 6 years lower for Muslims, compared to forward caste Hindus.

The paper concludes that Muslims have not been able to share equally with other social groups in the fruits of development in Uttar Pradesh that have taken place in the country since Independence.

“A major reason for this situation is the low representation of Muslims in Government jobs and elected bodies like state assembly and Parliament, which deprives them of voicing their concerns and influencing government policies for their betterment. The limited access of Muslim youth to higher and technical education has also affected their work opportunities,” says the report.

The Centre for development policy and practice (CDPP) has recommended that “the government should take affirmative action for the betterment of the Muslims.” It is likely to bring out a detailed book called ‘Muslims in Uttar Pradesh’ on a later date.

Commenting on the CDPP report, AIMIM chief Asaduddin Owaisi said, “The findings of this paper seek answers from the SP, BSP or BJP who have ruled the state for many years as to why they have deliberately pulled down the growth rate of the Muslims under their rule. This report is empirical proof that Muslims were not appeased under any rule rather they were exploited by the different governments ruling UP.  Muslims of UP certainly deserve better than this,” Owaisi said.