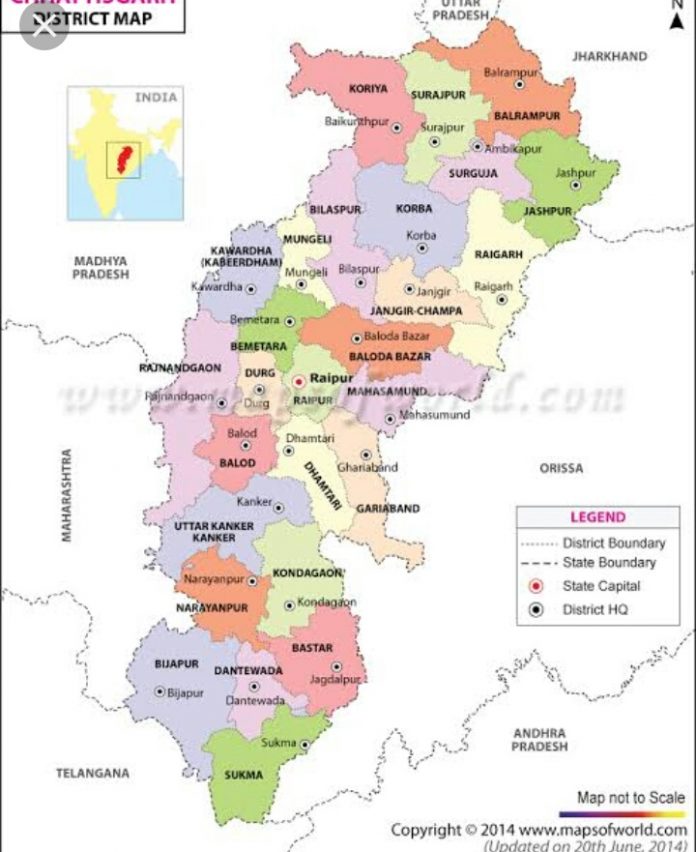 New Delhi : In a decision that would strengthen opposition’s claim of being anti-minority, BJP has not chosen even a single Muslim Christian or Sikh candidate for the upcoming Chattisgarh elections.
The BJP declared candidates for 78 of the 90 Assembly seats in Chhattisgarh here in Raipur.

“Keeping away from Muslim candidates is quite understandable but it’s really stunning that the party ditched Sikhs and the Sindhi community who traditionally support BJP in the state,” INS quoted a senior BJP leader saying on Saturday.
Elections to the Chhattisgarh Legislative Assembly are scheduled to be held in the Two Phases . First Phase for 18 Seats in South Chhattisgarh on 12th November and Second for remaining 72 seats of North Chhattisgarh on 20th November. Combining a total of 90 Constituencies.
The Election Commission of India declared on 06 October, 2018 that the election in Chhattisgarh to be held in 2 phases. The first phase election to be held on 12 November, 2018, and the second phase election to be held on 20 November, 2018. Results will be Out on 11th December.

The Other Backward Class (OBC) population, dominated by Sahu and Kurmi castes, is about 50 percent while remaining six percent belongs to upper castes, Sikhs and Muslims.
The BJP has fielded 10 women candidates, 32 ST candidates, 11 SC candidates, 26 from OBC while rest of the candidates are from the upper castes.