This oldest Masjid which is famous in the world as ,”Cheraman Perumal Masjid” is located in Kodungallur, Kerala which is situated 35 kilometers north of Kochi/Cochin,the largest city in Kerala. 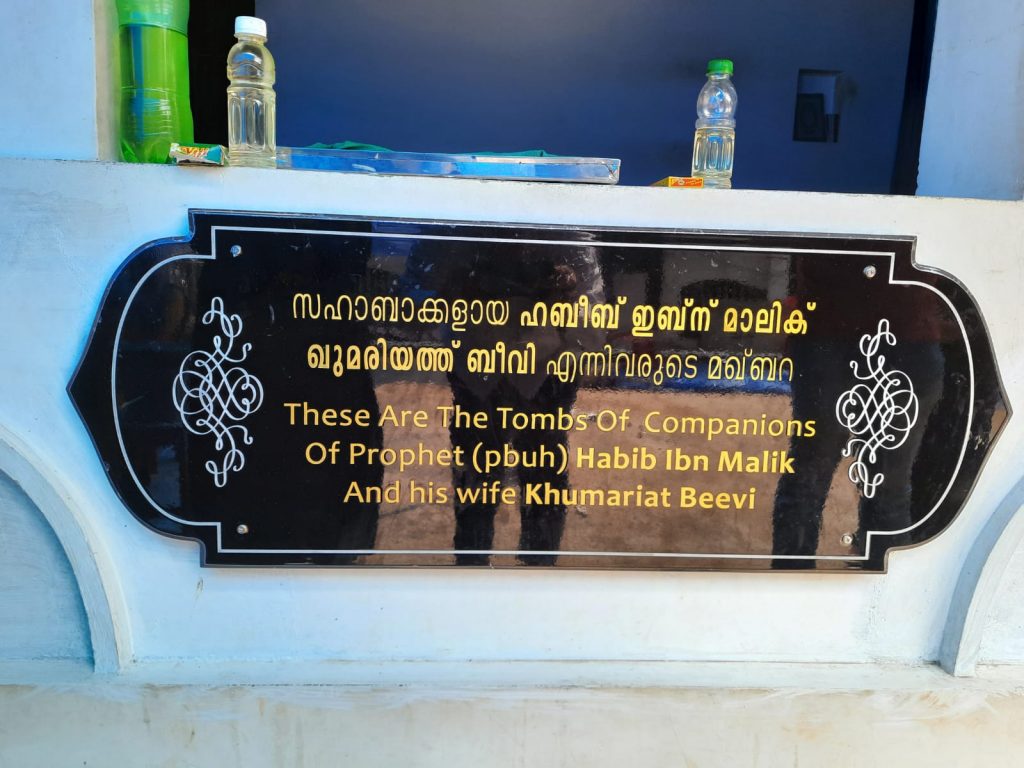 This Masjid was constructed by Sahaba(The Companions of the Holy Prophet Muhammad (SAW) and who were merchants and were having trade relations with Kerala even before the inception of Islam. 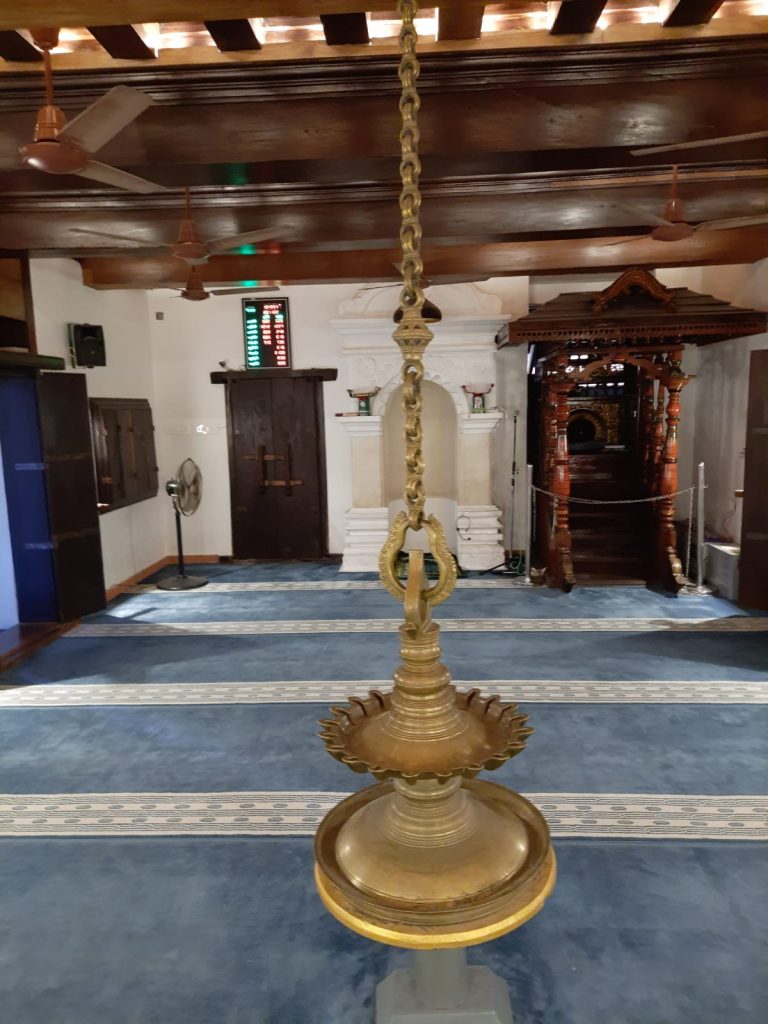 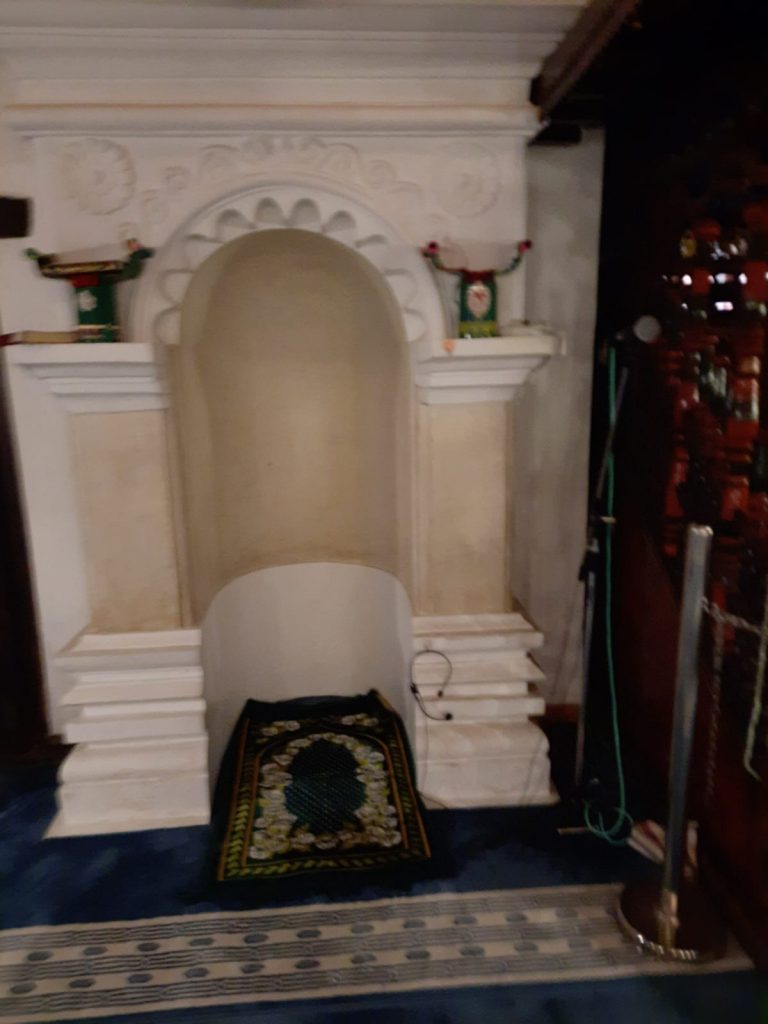 It was built by the famous pious, philanthropic and wise ruler of Kerala, the Maharaja Chereman Perumal. 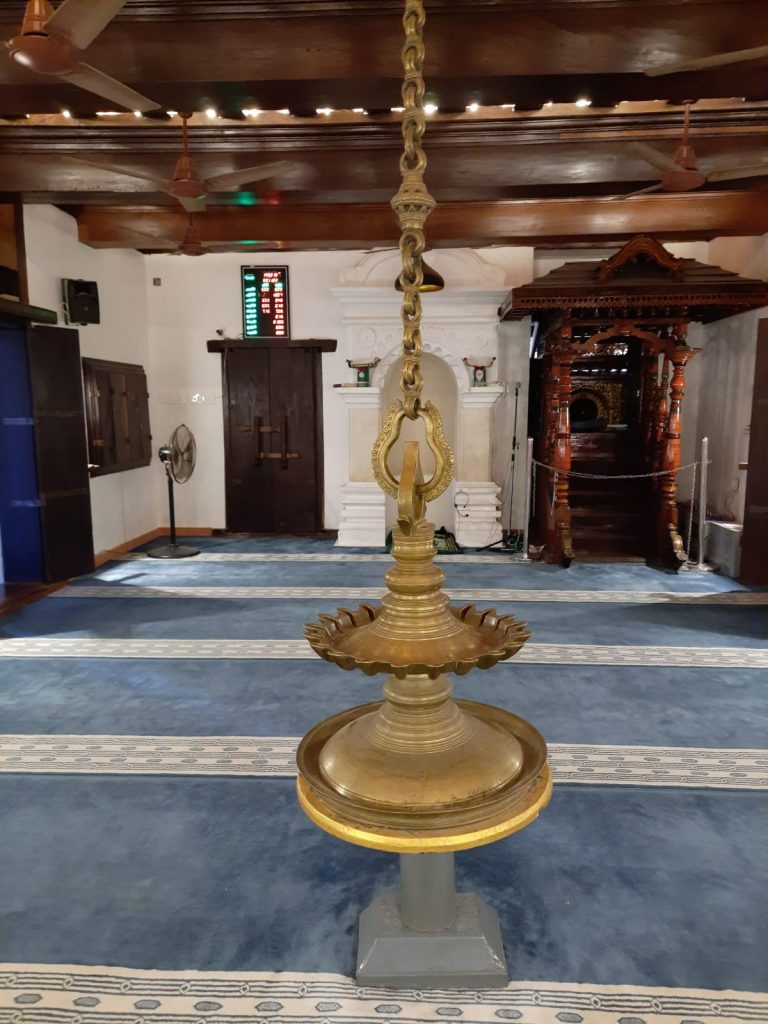 Maharaja Chereman Perumal, who was very pious person saw in his dream that the moon is splitting into two halves. 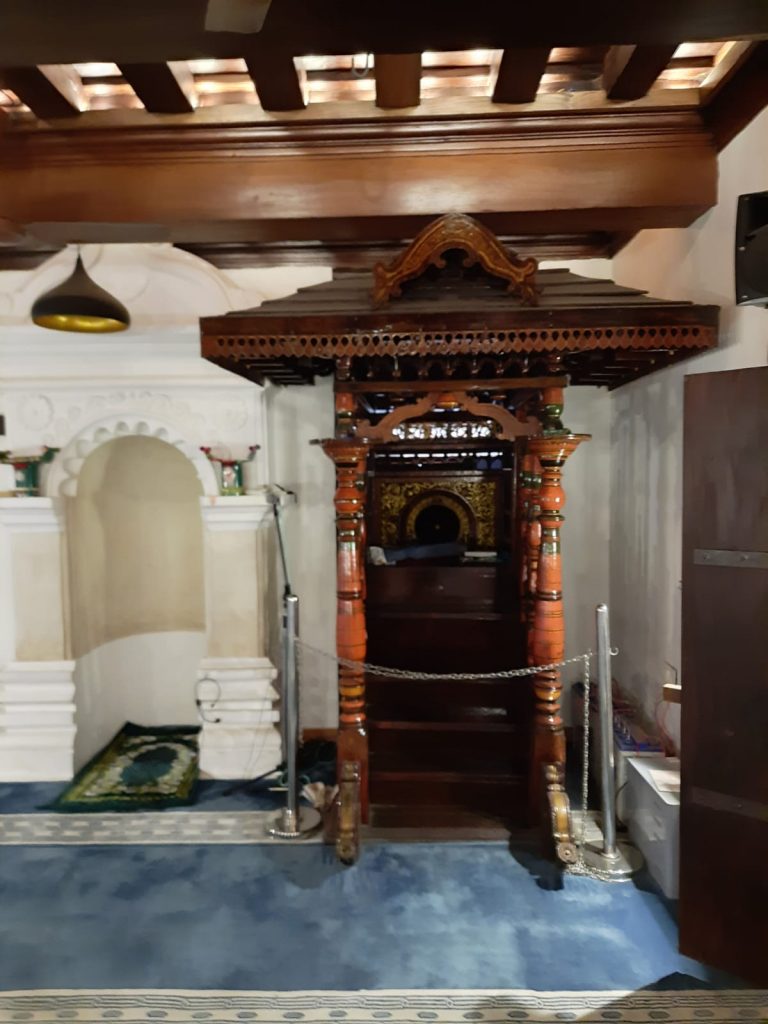 He called all the leading astrologers from Kerala and India to interpret his dream and they gave their own interpretations but the great Maharaja of Kerala was not convinced. 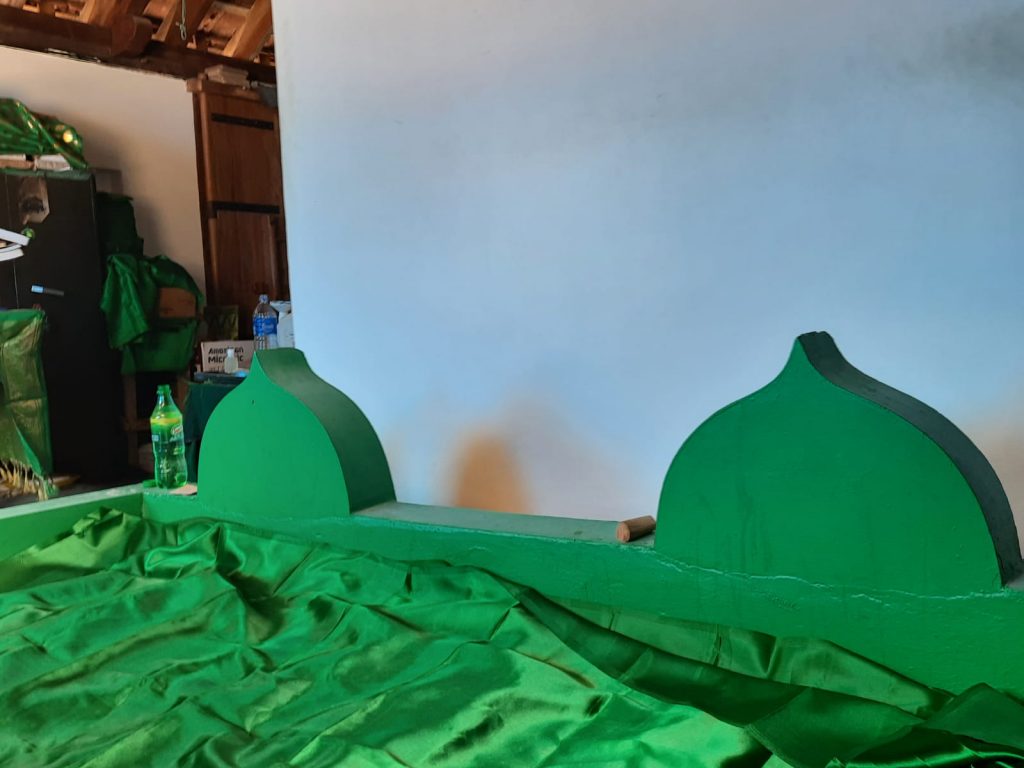 Then one of the leading Arab merchant from Madina, Hejaz Muqaddas by name Habib ibn Malik along with his wife by name Khumairiat Beevi who had embraced Islam at the hands of the Holy Prophet Muhammad (SAW) and became his campanions in Madinah Munawwarah.

Holy Prophet Muhammad (SAW) asked his companions Habib ibn Malik and his wife Khumairiat Beevi to travel to Kodungallur, Kerala to meet Maharaja Chereman Perumal, the pious and righteous ruler of Kerala and invite him to meet him in Madinah Munawwarah.

Habib ibn Malik and his wife Khumairiat Beevi, who have witnessed themselves in Madinah Munawwarah the splitting the moon (Shaqqul Qamar) into two halves.

Maharaja Chereman Perumal accepted their interpretation of his dream and also accepted the invitation from the Holy Prophet Muhammad (SAW) to meet him in Madinah Munawwarah, Hijaz Muqaddas.

Maharaja Chereman Perumal abdicated his throne and traveled to Madinah Munawwarah by sea.

After this historical event he left Madinah Munawwarah to Kodungallur, Kerala by sea and reached Dhaffar region of Oman.

In Dhaffar he became ill and during his short stay in Dhaffar, he send many letters to very important rulers and administrators of India inviting them to embrace Islam.

But he departed to heaven during the Madani period of Holy Prophet and have buried in Dhaffar (Oman).

Habib ibn Malik and his wife stayed in Kodungallur, Kerala and preached Islam in Kerala.