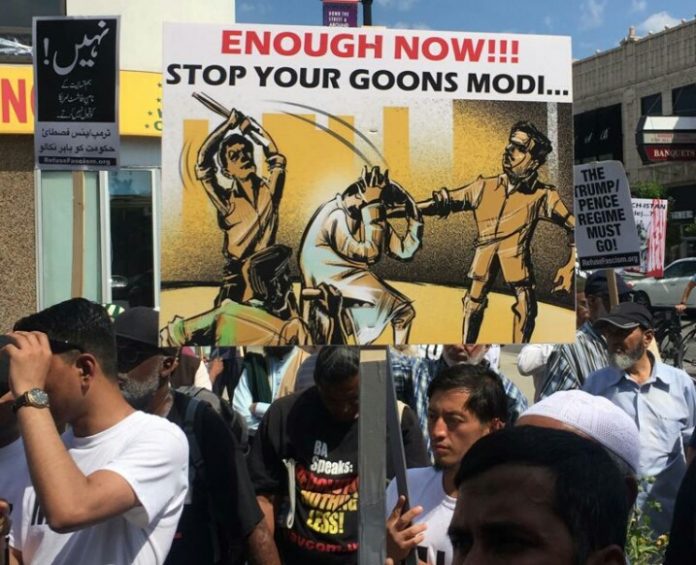 Chicago (U.S.): Concerned NRIs from all walks of life in the Greater Chicagoland Area assembled  on Sunday to protest against mob lynching, increasing violations of human rights and harassment of innocent citizens in India. The protestors demanded justice for victims of wanton violence and their families, and also urged immediate action by the Governments in India to stop and punish the reprehensible violence and hate crimes.

The protesters expressed, as one voice, their distress and anguish having conviction that mob justice cannot be allowed to exist in civilized society. It was noted that since 2014, anti social fringe elements professing extremist ideologies have become emboldened and are criminally indulging in mob lynching and violence with frightening regularity. A public school teacher Anand said, “Other than the horrifying act of mob lynching another worrying element is the role of police. Though there have been some instances of police helping victims and trying hard to maintain law and order, largely, the victims have been due to their bias, investigated or arrested unjustly after being beaten by mobs resulting in low conviction rate in courts.  We are not demanding justice, dignity and security of Muslims or Hindus or Dalits or Christians but of all Indian Citizens irrespective of their religion, caste or gender.”

Many people expressed their worry over several politicians felicitating accused, and glorifying them! Such audacious acts show that politicians encourage mob violence and lynching to advance their hateful agenda.

People of different faiths held posters and banners that expressed their distress, outrage and sorrow; they demanded that law and order must be upheld impartially and effectively to stop ‘mobocracy’. A human chain was formed holding placards that collectively read – Hey Ram! Save India! Other posters/banners showed “Voice of Collective Conscience”; “Has fear lynched my conscience”, pictures of some of the victims of mob lynching, etc. 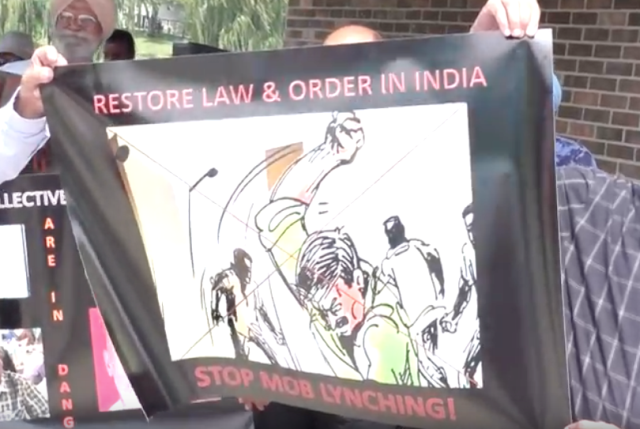 A senior citizen said, “What you are seeing in India is lynchistan in the making. Sometimes, it looks like the footprints of al phenomenon, known as Fascism. We should not let that happen in India and this is the time to speak up and warn fellow Indians.”

Few participants urged that whoever is not on social media should join it and express their opinion there so that demand of justice and voices of anguish over such incidents reaches far wider audience.

Dr. Rahul Deepankar, who is a champion against India’s oppressive caste system was also present at the meet and among other things said that tribalism is growing and it is also a time of introspection. He asked people present as to why do we only cry when our brother dies? How many of us have grown in India seeing inequality, hierarchy, untouchability, and richer and poorer everywhere? Were we sensitive or did we accept it as pandemic because it happened everyday? How many of us went back to our villages and tried to understand and see what is going on there? Why do we raise voice when we are disturbed? It’s not about India or America it is about humans.

Some patriotic songs were played at the event and several people took turns to voice out their anguish over increasing lawlessness and said that there can be no development in a country plagued with majoritarian mindset and violence.