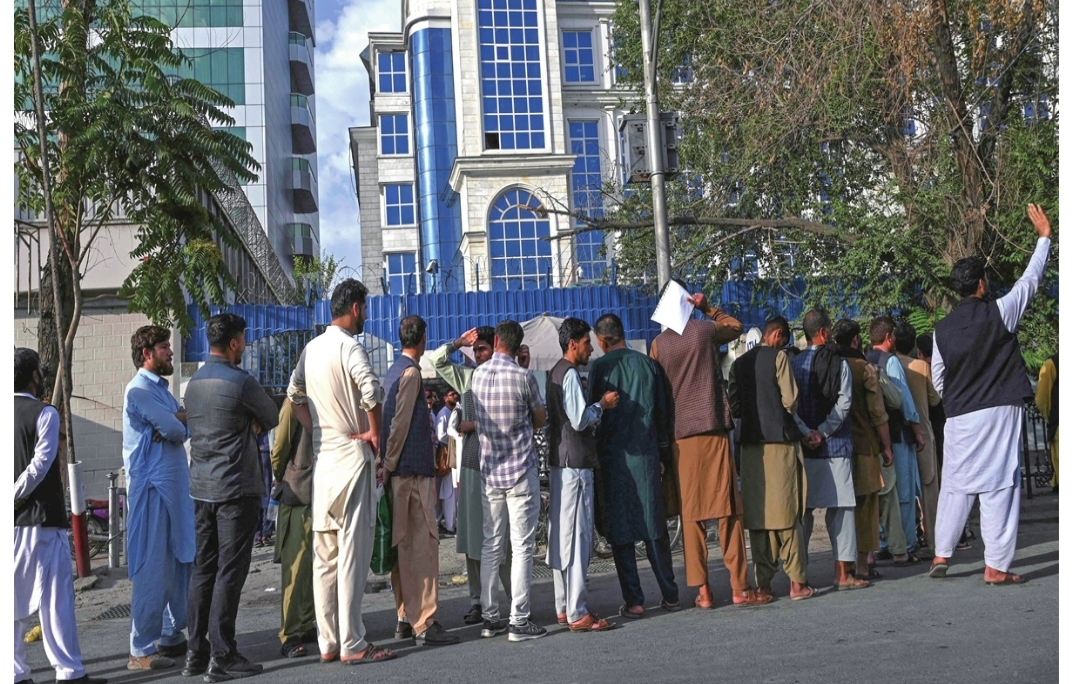 The situation in Afghanistan is now entering into its decisive phase, as the US days in Afghanistan are numbered. Surprisingly, while the things are into an escalation-mode, as NATO nations, like England, Germany and Australia are fleeing from Afghanistan, China has come with a bail-out package for the new economic and reconstruction plan of Afghanistan! This startling aspect got broken to the world, through an article in Global Times, China’s government voice, on August 24  that, ‘China to offer ‘genuine’ aid in Afghanistan’s economic reconstruction amid chaotic transition’. It has exhorted its private companies to ‘remain committed to investing, underscoring potential room for further cooperation after situation stabilizes.’

The article is consideration is an outcome of the overall Chinese strategy for the over-haul of Afghanistan, to stand into the face of US, which ruined the country to the stone-ages! ‘As Taliban take steps to stabilize the situation and pursue international recognition, Chinese state-owned enterprises (SOEs) and private firms are employing different investment strategies in the war-torn country, with the former exercising extreme caution in carrying out new projects and the latter eager to tap into a market where “a thousand things wait to be done. Chinese private firms are set to stand firm in Afghanistan, despite Western governments’ potential sanctions on the Taliban, a move that maliciously aims to advance Western geopolitical objectives and stifle China’s economic interests, said industry insiders. A spokesperson of a state-owned enterprise, who spoke on condition of anonymity, told the Global Times on Monday that their moves in Afghanistan “will be in line with Chinese national strategy,” regarding the impact of a reported Western-led sanction on Taliban.’

It may be known that right in the middle of Kabul, therein lies the China Town, which got established in 2019 and is the center where dozens of Chinese factories produce shoes, clothes, textiles and cables and are involved in Chinese invested projects in Afghanistan. Hence, ‘Chinese private entrepreneurs are displaying a more moderate attitude, particularly after the Taliban leadership offered an olive branch that has assured small- and medium-sized Chinese investors. “We saw Taliban members in every street and block… When they heard about business hurdles in China Town, they would send higher-level officials, asking about the difficulty and how they could help. They say that Chinese people are friends, and should not be afraid to ask if they run into any trouble,” Yu Minghui, director of the China Arab Economic and Trade Promotion Committee, told the Chinese official newspaper. ‘According to Yu, Chinese businessmen were also informed that the new leadership has vowed to protect investors, as “whoever stayed in the country is helping Afghans. In 2020, Chinese companies had contracts for projects worth $110 million in Afghanistan, a year-on-year increase of 158.7 percent, according to Chinese Ministry of Commerce.’

The Western nations are now waking-up to the reality in Afghanistan and getting-concerned as to China’s strategy to corner the US and European prospects in the new arising Afghanistan, owing to its proximity with Afghan-Taliban. The Forbes article on August 17,  echoes the fears, ‘As US Retreats, China Looks To Back Taliban With Afghan Mining Investments, tells the headline. ‘Strategic competitors (of US) including China and Russia will eye lucrative development projects that boost their regional ambitions. They’re all after a big prize. There’s the potential for copper, gold, Afghanistan holds an estimated 1.4 million tons of rare earth elements (REEs), minerals crucial for the production of renewable energy technology. This makes Afghanistan a prime target of investment for China, the current king of global REE supply chains. America needs rare earths, and China controls 90% of processing capacity.’

It is now only a matter of days, after the change of power in Afghanistan, that China would be given the requisite of the foolproof security by AT, to help run the country, and moreover, China is also to run its Belt and Road Initiative (BRI) to reach to Central Asian republics, but, AT are handicapped when it comes to aerial-defense and intelligence, surrounding intelligence and security etc, all which comes through drones and radars, and it is here, where China might take up the platform, which is going to be a further scourge to US and NATO allies! AS obviously China’s would put into its army -to provide for the ultimate air-defense-system in Afghanistan! And, may be AT would seek China to train its air-force in return, as thereafter, AT would pick up the security threads to provide for Chinese workers, to be deployed into the coming-up of various mining programmes etc.

The Chinese step, in the cash strapped Afghanistan is certainly going to be a panacea, and US is also not likely to lag behind, as in due course, through its back-channels, it will try to bag contracts for the REE, for the necessity to run electronic cars etc in future. Chinese investments will open-up job avenues to be followed by investments from Russia and other European nations, to finally lead Afghanistan resurrect itself from the ruined economic structure. Obviously, no one would like to see China monopolizing the Afghanistan resources. This will make the big-companies ‘make a head-way’ into the region. The ensuing sanctions of US on Afghanistan or on China, is to see a ‘counter-move ’ from China and Russia, and moreover, China has already signaled to send aid to Afghanistan for its reconstruction, while loathing US to have left immeasurable ruins.

Chinese aid at this juncture will help the country to become stable and generate sources of income, as Afghan economy right now is in absolute tatters. No wonder, the region is now to be a context-point between China and US as China is already on a new high for buying the record amounts of Iranian oil, reported The Diplomat  in March this year, caring a damn for US sanctions.

Let’s see what future has in store.