More than 100 Muslim community leaders and intellectuals condemned the “nefarious design” of the Narendra Modi government against the Popular Front of India and other community-led organisations while underlining the need for forging unity between Muslims and members of civil society to tackle the challenge posed by rightwing elements in the country. 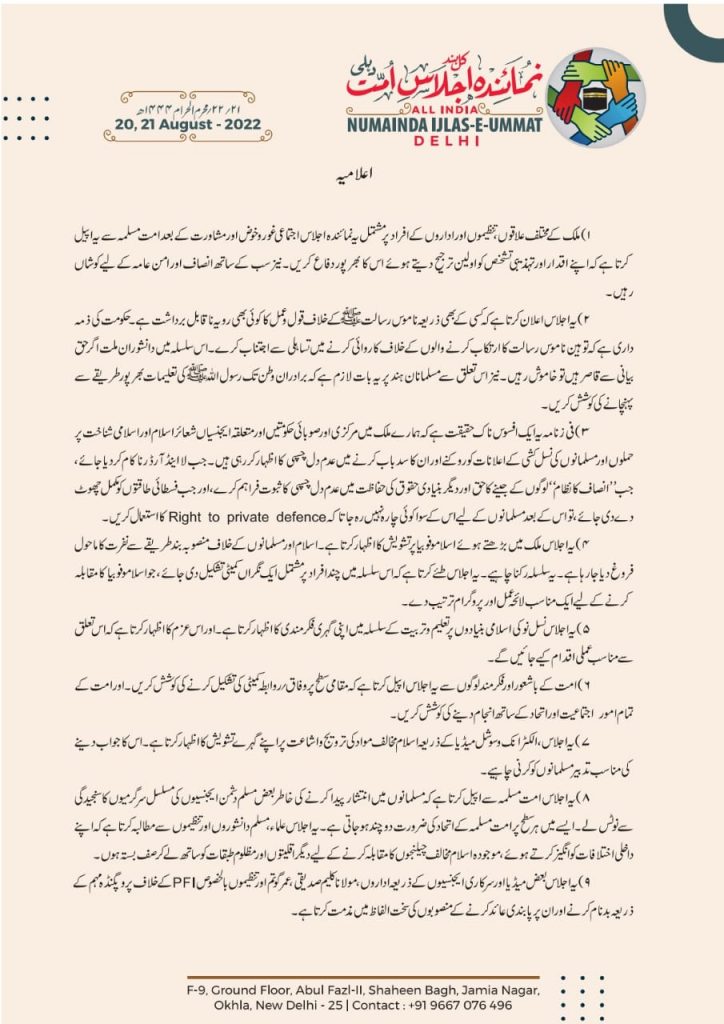 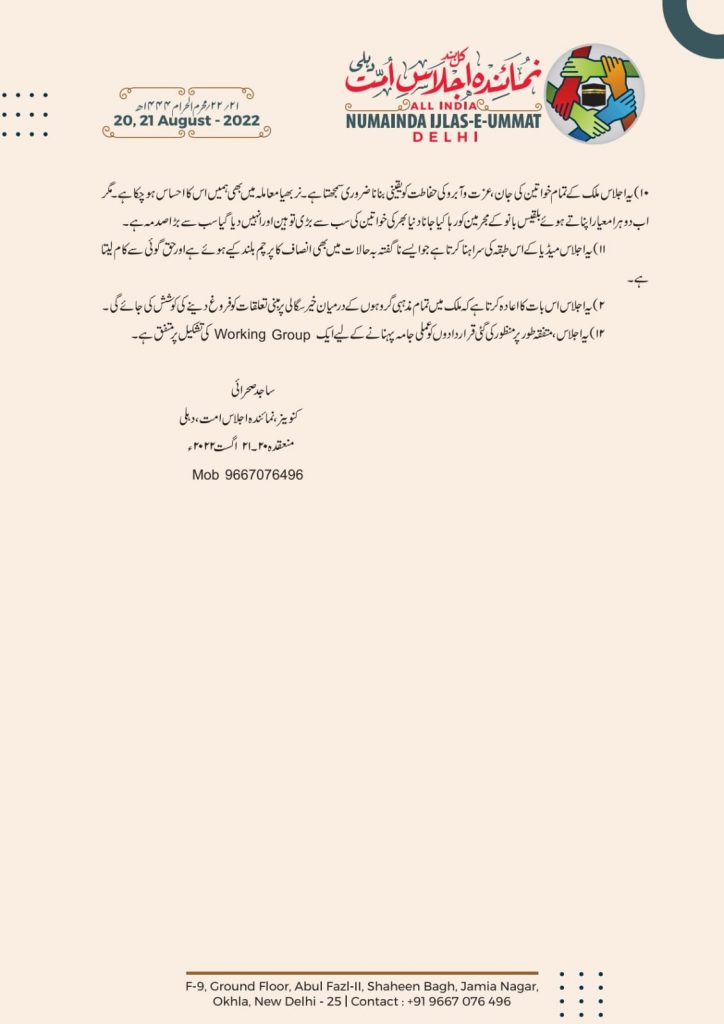 Dozens of prominent Muslim scholars and representatives of NGOs came under the aegis of All India Representative Convention (Numainda Ijlas-e-Ummat) in the national capital to discuss ways to address issues plaguing the country. They hit out at the government for misusing agencies against political opponents, rights activists, Muslim organizations and individuals.

At the end of the two-day convention, they passed a resolution expressing concern over the harassment and intimidation of the Muslim ulema and community-led organizations.

The resolution specifically mentioned the arrest of Maulana Kaleem Siddiqui and Umar Gautam. The two ulema were arrested last year on charges of embezzlement of funds and forced conversion.
One after other, every speaker at the function severely hit out at the so-called mainstream media for playing “mischievous role” at the behest of the current dispensation. The only objective of the current media outlets is to keep ratcheting up communal narrative as part of which they keep “defaming and demonizing anything which is linked to Muslims”, said one of the speakers.

The resolution called upon Muslims to fully defend its values and cultural identity and strive for justice and peace, said Dr, Anis while addressing the media persons.

‘Our country is passing through a very difficult phase. We are facing grave situation internally and externally. In the 2020 Global Hunger Index, India ranked 94 out of 107 but in 2021 India ranked 101st out of the 116 countries. This is very sad situation,” said PMA Salam of Center for Physics of Space and Time while addressing the media persons.

“The whole world can see the Muslim community has been targeted in many ways and the declaration for genocide as if a free hand is given to RSS related organizations and nothing is happening to check them,” Salam added.