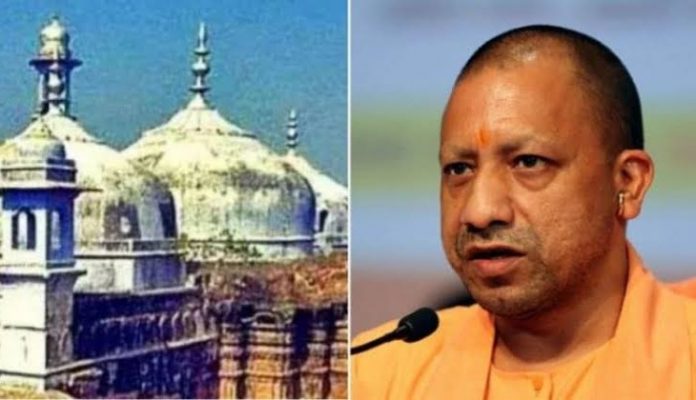 VARANASI : The Vishwa Vedic Sanatan Sangh (VVSS) chief Jitendra Singh Bisen who has filed legal suits, including the Shringar Gauri-Gyanvapi case, has said that the compilation of power of attorneys (PoA) of the cases related to Gyanvapi issue had been completed and was likely to be handed over to Chief Minister Yogi Adityanath on November 11.

“We are ready with the power of attorneys of all the cases related to Gyanvapi mosque and its complex. We are likely to hand it over to the chief minister on November 11,” said Bisen.

Meanwhile, Kaushal Raj Sharma, divisional commissioner, Varanasi, has termed it a publicity stunt and said there was no consent of the chief minister on this and if any registry was done in this regard, an FIR would be lodged against the erring persons.

On October 31, VVSS chief Jitendra Singh Bisen had cited threat to his and his family members’ lives behind the decision of handing over the power of attorney to the chief minister, stating that he did not want the ongoing cases to be left abruptly if anything untoward happened to him or his family.

A government spokesman had said in a statement earlier that “The chief minister’s office has nothing to do with the Vishwa Vedic Sanatan Sangh’s announcement about handing over power of attorney to chief minister Yogi Adityanath in the cases filed by the organisation with regard to Shringar Gauri issue.”

Bisen’s move came days after the Police Commissionerate, Varanasi, while calling his statements ‘baseless’ and ‘irrelevant’, served him a legal notice directing him to submit his explanation within three days.

Satish Ganesh, Police Commissioner, Varanasi, said, “This is absurd. The VVSS chief’s move is irrelevant as you cannot drag a person holding a constitutional post.”

The VVSS is either a plaintiff or represents the plaintiff in around five cases related to Gyanvapi mosque. Of these, three cases are in the civil court, one in the fast-track court and another in the district court.

The Anjuman Intezamia Masjid Committee (AIMC), the custodian of the Gyanvapi mosque, also called it a non-feasible move and a publicity stunt.

“It is not feasible for Yogi Adityanath to complete the legal formalities, once the power of attorney is handed over. This is just a publicity stunt,” said Mirazuddin Siddiqui, a senior counsel, who represents the AIMC. — IANS