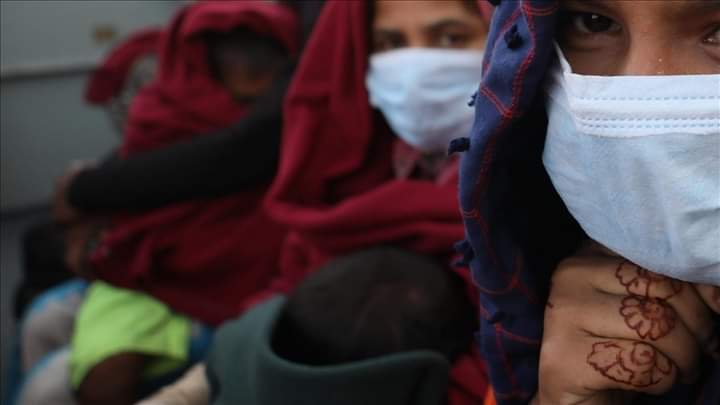 At least 11 Rohingya refugees died in COVID-19 infections, while some 507 others contracted the deadly disease in one of the world’s largest refugee camps in Cox’s Bazar of Bangladesh since March last year, according to officials.

The first coronavirus death was also reported in the Teknaf Rohingya refugee camp, one of two main refugee camps in the southeast coast of Cox’s Bazar, officials said on Tuesday.

The 67-year-old male was undergoing treatment for a heart-related illness when he contracted the virus, Md. Khalid Hossain, camp in charge and deputy secretary at the Refugee Relief and Repatriation Commissioner (RRRC), told Anadolu Agency.

He was tested just before death on Sunday night, and the disease was confirmed a day later.

There are more than a million Rohingya currently taking shelter in 34 refugee camps in Cox’s Bazar. They fled neighboring Myanmar after a brutal military crackdown in 2017.

Earlier that, at least “10 Rohingya died of COVID-19 in the Ukhiya refugee camp, while 507 refugees are confirmed to have contracted the disease since March 2020,” Mohammad Shamsud Douza, a senior official with the RRRC, told Anadolu Agency.

According to the district’s Civil Surgeon Office, as many as 7,590 people have been infected, 89 patients have died in Cox’s Bazar.

Bangladesh is under a lockdown until April 28 to counter a record rise in COVID-19 infections.

According to the country’s health ministry, Bangladesh has so far reported at least 10,588 virus deaths and 727,780 infections -AA