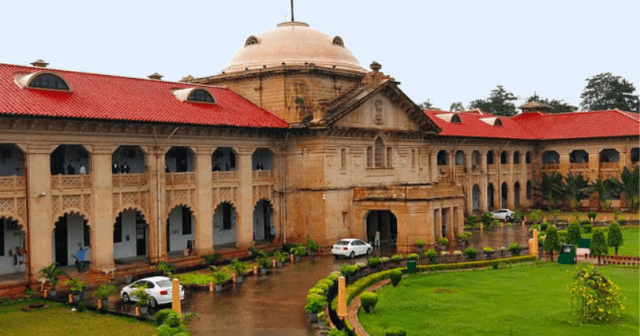 New Delhi: The Allahabad High Court has quashed the detention of three Muslim men under the National Security Act while observing that slaughtering a cow inside one’s house can be described as a law and order issue but not as a matter affecting public order, Live Law reported

The court was hearing the habeas corpus petitions filed by the families of Irfan, Rahmatullah and Parvez who were arrested for alleged cow slaughter in the state’s Sitapur district in July last year.

Court stated, ”an act of slaughtering a cow in the secrecy of one’s own house in the wee hours probably because of poverty or lack of employment or hunger, would perhaps only involve a law and order issue and could not be said to stand on the same footing as a situation where a number of cattle have been slaughtered outside in public view and the public transport of their flesh or an incident where an aggressive attack is made by the slaughterers against the complaining public, which may involve infractions of public order.”

The public prosecutor had submitted that the cow slaughtering incident had disturbed communal amity in the area as people from the Hindu community had gathered near the house of the accused.

“An atmosphere of fear and terror was generated, public order was disturbed and the crowd became belligerent,” he told the court.

The court rubbished his argument and said, “there was no need to direct their preventive detention merely on the basis of a solitary incident of cutting beef…in the secrecy of their home,” their lawyer submitted to the court.