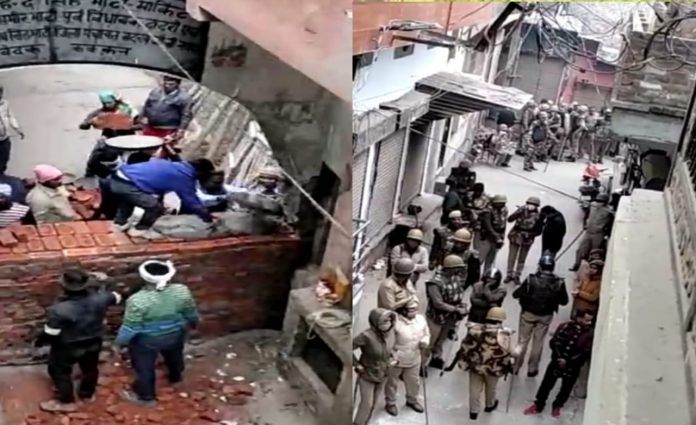 Dadri, (UP): Residents of Nai Abadi, a Muslim ghetto in Dadri, have literally been left in lock for nearly three months after police built a concrete wall on a century-old route, the lone pathway connecting the Muslim locality with rest of the Western Uttar Pradesh district, allegedly at the behest of certain people of the majority community owing allegiance to laccal leader. The police confirmed the incident, which took place on 28 December last year, saying that the route (land) was “personal property”.
Local people say that this route was mainly used by the Muslims of the area as only the people of the Muslim community live in large numbers near the route. The police, however, added that they were looking into the matter.

The local Muslims said that this alley was one of the main routes as it connects the Nai Abadi area directly to the main big market of Dadri and the railway road. 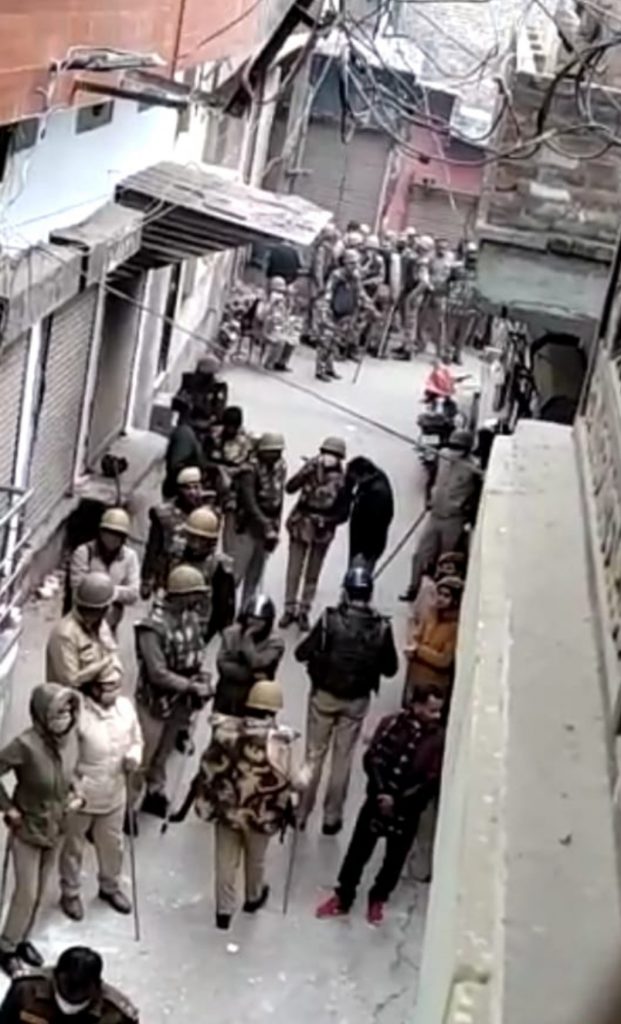 Guddu further stated that this road was built about 100 years ago on the private land of former Samajwadi Party MLA Mahinder Singh Bhati.
MLA Bhati was the father of Congress MLA Sameer Bhati.
Sameer Bhati while talking to a local newspaper named Jai Hind Samvad said that “At present, I do not know about the land. I handed over this land to my brother and my brother sold this land to some local people.
Some local people said that MLA Bhati is lying that he does not know anything about this matter. Rather they know everything about this matter. They have built the wall so that Muslims do not use this route. And Bhati has done this at the behest of those people who have bought the land of this route from him.

Guddu, further, asks how a 100-year-old road can be blocked now.
Greater Noida DCP Amit Kumar says that people of a particular community are opposing the closure of the route, but the police have been told that the road was Bhati’s private land. Apart from this, we do not have any other information related to this.

Shahzad Malik, a resident of Dadri’s Nai Abadi area, said that Sameer Bhati has won elections many times in Dadri due to Muslim votes. And in the same way, his father Mahinder Singh Bhati had also formed the government in Dadri with the help of Muslim votes, but now, Bhati built a wall at the behest of the buyers of the route land and closed our route forever.

A resident named Harun said that the wall has been covered with an old shutter on the other side so that no one can find out that there used to be a path here before.

Fear of accidents among locals
“Due to the presence of this route, we and our children did not have to pass through the GT Road to go anywhere in the district, which saved us and our children from road accidents”, locals say.

A Dadri resident, named Malik, says “Due to the closure of this route, residents, especially children and women, are facing a lot of hardships”. 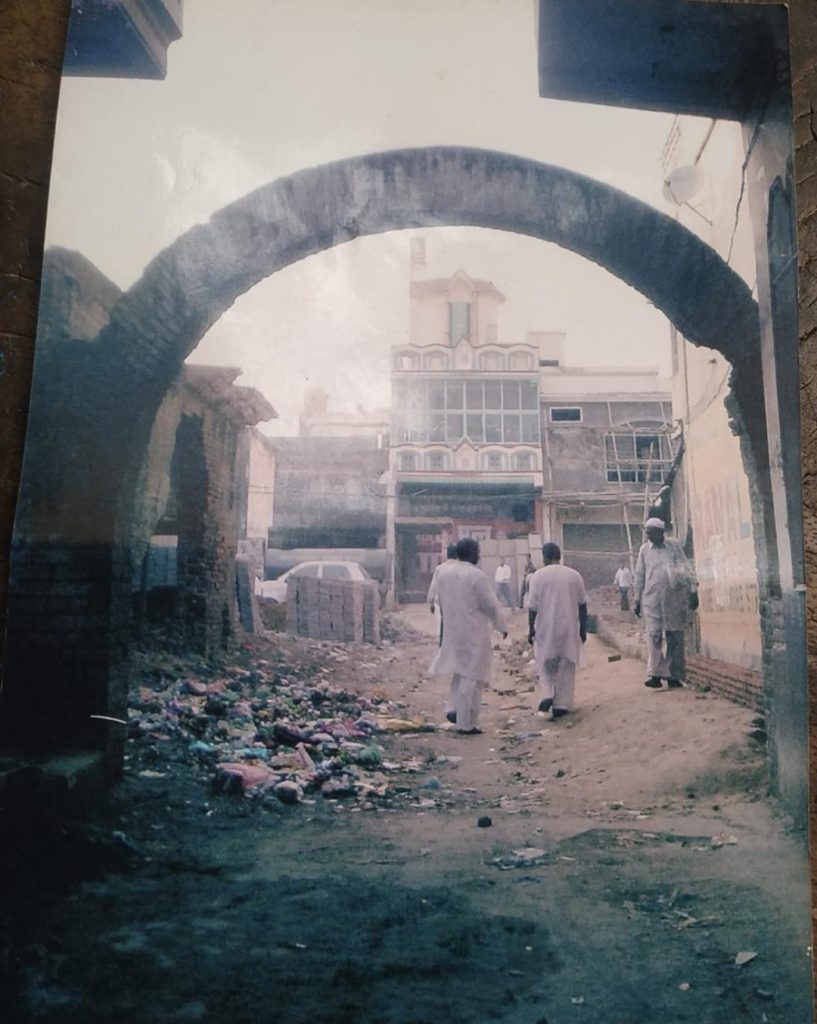 “Children also used to use this route to go to school, so that they would avoid incidents like road accidents and parents also did not worry about them.

Harun says “News of G.T road accidents keeps on hearing every day. It has become a matter of fear among the local people of the Muslim community, now”.

Locals said that the police stand in front of the blocked road for 24 hours so that no local Muslim can break the wall.

Harun said that the Muslims of the Nai Abadi area protested several times to reopen the route, but no one was ready to remove the wall.
Harun further says that “We also staged a Dharna in front of the ACP office and the ACP has also assured us that soon action will be taken to remove the wall and open the road again, but till now no action has been taken.”

“We also went to court and met a lawyer in this matter. The lawyer told us that according to the law, no road can be closed in this way, even if it is on someone’s private land”, he added.

Talking about Hindu-Muslim relations in the area, Harun said, “The members of the Hindu community of the area are very happy with the closure of this route. They distributed sweets in the entire locality as our main road is now blocked.

“They say that finally the dirt has been removed. According to them, we (Muslims) are dirt” Harun added.