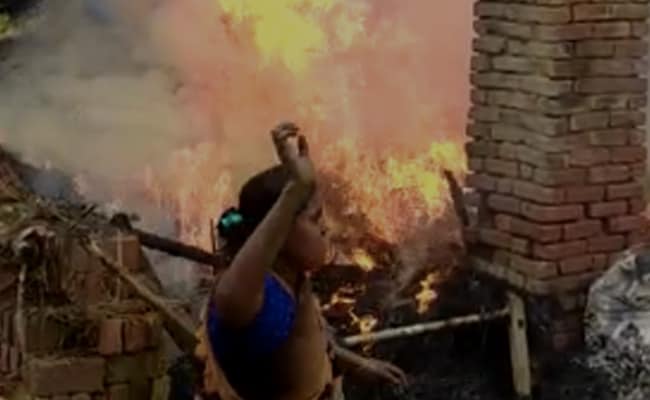 New Delhi: A group of men on Thursday thrashed Dalits, misbehaved with their women and burnt their houses over a dispute at Barthara village in Uttar Pradesh’s Chandauli district.

There was a dispute between the assailants and the victims in connection with walking on an infield bund in the village. On Thursday, some men assaulted Dalits with batons. When the latter resisted they set their houses on fire.

Police have booked six people and arrested four of them in connection with the incident. According to media reports, the police initially avoided taking action against the assailants. They registered the FIR only after a video clip related to the incident went viral on social media.

Casteist goons set fire to the huts of SC families in UP's Chandauli. Goons also abused the victims with caste slurs and threatened to kill. This is the RamRajya. #CrushTheCaste pic.twitter.com/JCS4wtdHsy

The incident has sparked a row over social media as several people have taken to Twitter and other platforms to raise their anguish over the same.