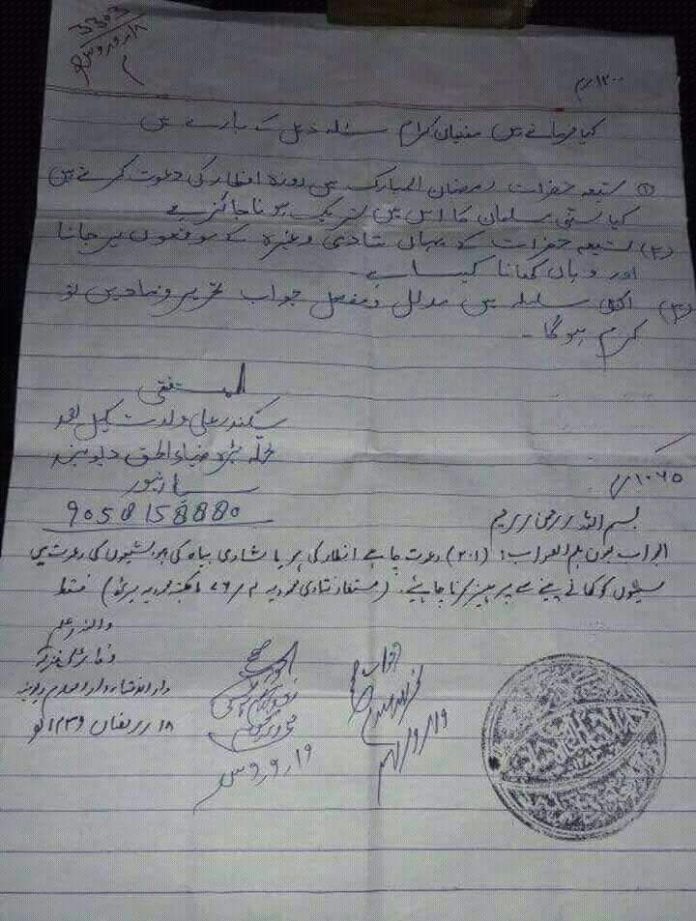 By Azam Abbas for MuslimMirror.com,

New Delhi : Recently a news hit social media and also got published in some reputed newspapers that Darul Uloom Deoband has given a Fatwa that “Sunni’s should not attend Iftars hosted by Shia Muslims”.

The news evoked criticism from Sunni and Shia Muslims both on social media. “I am a Sunni Muslim and I will go to my Shia brother’s house and will join the iftar party” tweeted one user.

However, soon doubts regarding the authenticity of fatwa started to emerge. Muslim Mirror while talking to many Deoband scholars found that everyone was unaware about such a fatwa. Darul Uloom Deoband website also has no such fatwa available on the site.

Talking about the issue, Sunni cleric Maulana Khalid Rashid Farangi Mahali said “This is totally a fake Fatwa. Darul Uloom Deoband never issued this type of Fatwa and this is just a conspiracy to malign us and break our unity. He added “Some miscreants are just spreading rumors. I appeal to all Muslims to ignore their mischiefm.

Meanhile, Shia and Sunni Muslims organized a meeting here in Delhi and asked people not to pay any heed to rumors. “Some unscrupulous elements want to break our unity and that’s why they are spreading such kind of hatred in the name of a very revered centre of knowledge. Darul Uloom Deoband scholars are mature enough to not issue such divisive fatwas,” they said.

Shia  Cleri Maulana Yasoob Abbas also termed Fatwa as fake and a deliberate attempt to disturb harmony. “This is not a real Fatwa. It is just a conspiracy to disturb peace between two communities. Darul Uloom should probe this matter and guilty should be punished,” he said.