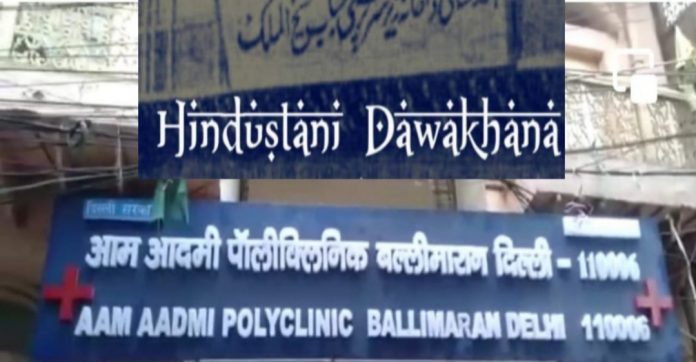 Locals and Unani Tibbi Congress term the move to distort history and legacy of Hakim Ajmal Khan and  accsued  Kejriwal of stepping in the shoes of BJP..

New Delhi: Locals and the All India Unani Tibbi Congress, Delhi Unit, expressed shock and dismay on Saturday at the Delhi government’s decision to rename the historic “Hindustani Dawakhana”  which was established by great Unani Physician and freedom movement stalwart Hakim Ajmal Khan in Gali Qasim Jaan at Ballimaran in old Delhi as ‘Aam Aadmi Polyclinic‘.

They described it as an attempt to smear history and the memory of Hakim Ajmal Khan who was known as Massih-ul-Mulk and the icon of Hindu-Muslim brotherhood.

They also underlined not a single Mohalla Clinic was set up in old Delhi by the Delhi government led by Chief Minister Arvind Kejriwal. Locals also accused the CM of following BJP’s footsteps to erase  heritage related to a particualry community in the national capital.

The matter was raised at a meeting of the All India Unani Tibbi Congress, Delhi Unit held at the clinic of Dr. Sanjay Dhingra in Sui walan and chaired by Dr. Vijay Kumar Dhingra.  Dr Dhingra pointed out that the Hindustani Dawakhana under supervision of Massih Ul Mulk was set up by his ancestors who started practicing Unani Medicine in the country.

In its heyday, the Hindustani Dawakhana has been reputed to patent more than eighty-four magical herbs. The veteran Chronicler of Delhi, RV Smith cited the year 1910 as the establishment of Hindustani Dawakhana. Some of the well-known drugs that are still used in South Asian Unani practice are Musafi, Sharbet E Sadar, Akise Nisama, and Hebat Kebat came from this center. 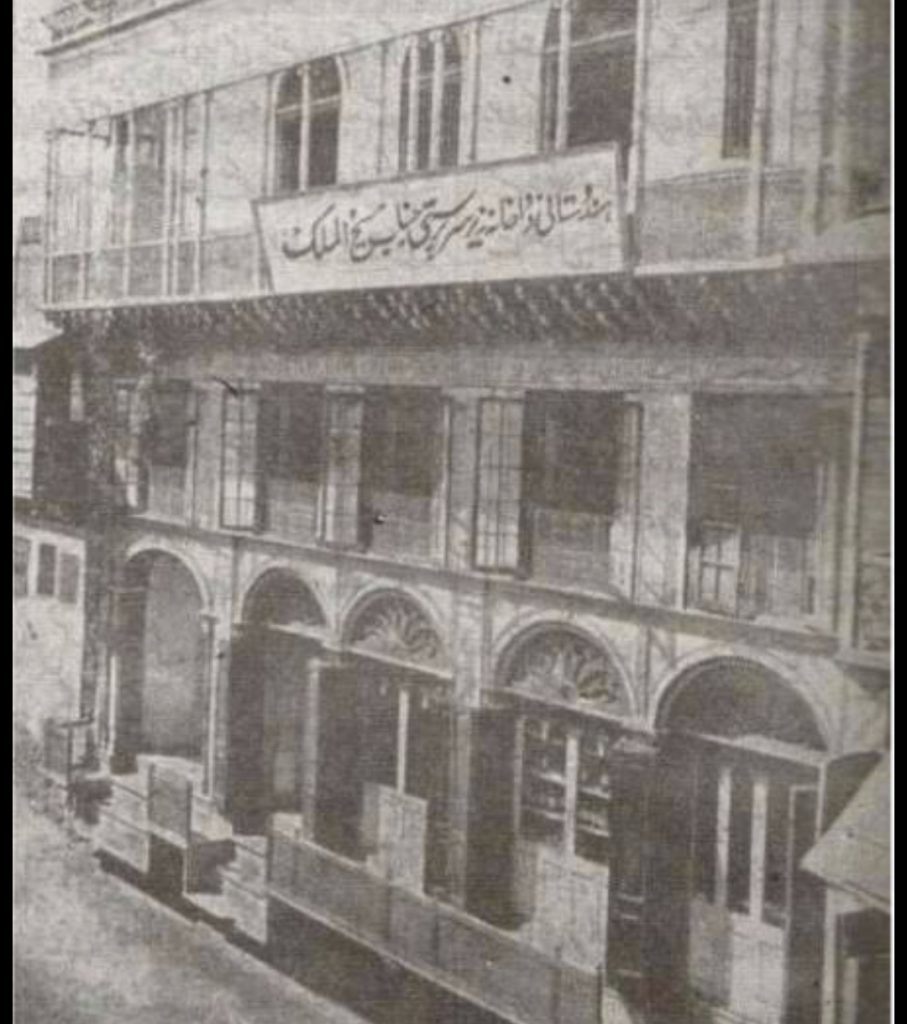 At the discussion, it was said that interfering with social heritage is the same as distorting history. Speaking on the occasion, Dr. Zaki-ud-Din, former Deputy Director, CCRUM, said that Ayurveda and Unani Tibbi drugs were used to manufacture in the Hindustani Dawakhana and it should be used for the same purpose.

Participants stressed that renaming it ‘Aam Aadmi Polyclinic’ would obliterate its history and as well as the accomplishments of this famous family of Unani practitioners, and urged that the Delhi government reconsider the decision and restore its original name.

The meeting also expressed regret and surprise that there was not a single Mohalla Clinic in the old Delhi area. There are four assembly constituencies in the Old Delhi area and no Mohalla Clinic has been set up in any of them. Two assembly seats Ballimaran and Matia Mahal are represented by Muslims and one of them is a minister in the Kejriwal government.

At the meeting, it was also expressed concern that the Hakim Ajmal Khan-founded the Ayurvedic and Unani Tibbia College in February 1921   was still not accorded university status, and that its centenary was not commemorated even after two years.Members of the four assembly constituencies in the area, according to Dr. Zaki-ud-Din, should continue Hakim Ajmal Khan’s legacy, as there are monuments dedicated to his memory.

During the meeting, Dr. Abdul Qadir brought up the matter of non-appointment to the post of Deputy Director Unani in the Delhi Government’s Department of Ayush. He claims that Ayurveda has two deputy directors in the Ayush department, whereas Unani has none. The meeting also urged the Delhi government to appoint Unani Medicine Deputy at the earliest.

The meeting also discussed the scarcity of drugs in the Delhi government’s Unani clinics, and demanded that an adequate supply of medicines be ensured in government Unani clinics so that people can benefit directly.

Local MIM leader Ubaid Khan said the dispensary was upgraded during the erswhile Congress goverment while the Kejriwal goverment has only changed its name. He accused the Delhi CM of stepping into the shoes of BJP.