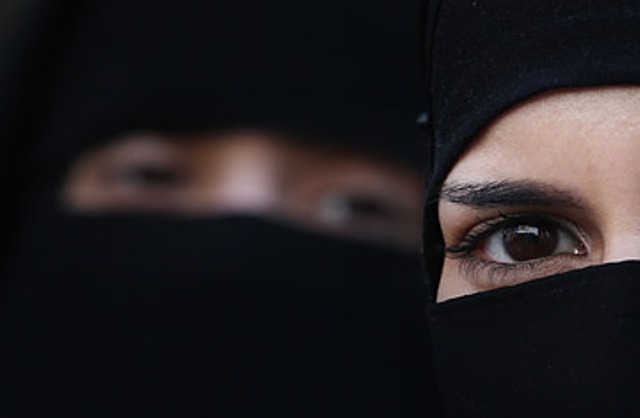 The rampant social injustice faced by men and women in the post-colonial Muslim world has created binaries and manifested in clear terms. Muslim world presently exhibits traumas arising out of the post-colonial amputation of Islam from social, political, economic and fundamentally the education system resulting in a shallow and flawed understanding of Islam.

Consequently, this has led to a chaotic baggage of compromised perceptions giving rise to injustice against both men and women with women essentially facing the brunt.
Muslim world suffers from a double affliction today:

a) The failure to retain the holistic wisdom of the Islamic text and
b) The problem of selective implementation of Islamic rights compounded by their misapplication.

This situation is exacerbated due to the sustained attempts aimed at subversion of Islam with foreign ideological interventions, which ultimately end up in abolishing the Islamic text. As some implication, Muslim women have been subjected to retrospective analysis or left isolated in a diving cage. In such a scenario the exasperation of Muslim women coupled with the absence of a wholesome grievance redressal system leads them to board the juggernaut of “Feminism”. This ‘Un-great leap forward’ becomes the object of solution without the realization that women’s rights have never been the exclusive preserve of feminists.

Muslim feminists usually start at a confluence point between Islam and feminism, get swayed by the emotionally charged, derisive and oft-emotive epigrams. The artistic graves, coloured brushes, and transitive impulses of philosophies act as catalysts. The ideological thrust is provided by the secular and western feminist discourses that situate the source of “moral” and even “reason” in their own feminist (human) minds.

As far as Islam is concerned, the case is not so, at least in theory. The source of “moral” is the word of God. The “reason” is partly manifest and seemingly implicit in the text of Quran, the details being furnished by Sunnah.

Islamic theology treats the guidance and command espoused in Quran as sent down by God Himself, who with His comprehensive knowledge of the past, the present, the future and of the secrets of nature, its hidden forces and the treasures concealed in the expanses of universe, has laid down the guiding principles for human behavior , actions, conduct and ideas. He set up a perfect harmony between these principles and the physical, human and biological laws that govern this universe–which is again but a creation of His; whilst striking an internal balance (tawazun) between the laws as well. The comprehensive nature of the Gods word is what sets it apart from the word scripted by humans. The human mind due to its serious limitations in time and space is inherently incapable of instituting a comprehensive guidance for his existence that can stand the rigours of changing circumstances.

As part of the Iman (Islamic belief), God’s word has no “vagueness” and no” looseness” and as soon as the command is given, heads are expected to be bowed.

The subject matter of this discussion is not to deny the abuse and oppression Muslim women are facing in contemporary societies but to test the viability of the ‘feminist ethic’ employed by “Islamic feminists” as the standard to scale the presence and gravity of abuse and oppression. The feminist yardstick for concluding what is moral is not objective but admittedly external from the objective truth of Islam; an ex-post-facto attribution.

While considerable variance is observed between different strands of feminist thought, the unifying factor which runs through all the strands including the ‘Islamic’ one happens to be the urge to abolish gender roles. “Smash gender” is the rallying cry of all time feminists. Islam, on the other hand, is a gendered religion. It is based on the gendered view of reality and prescribes ethics and laws according to that reality which culminates in assigning specific roles to men and women on the ground.

In practical terms, if you are a “practising Muslim” and believe the best Muslim generations were the first three, then you should also recognize that those societies were highly gendered and oppression against women was non-existent. So while feminism attempts to smash gender or alter the gendered reality as subscribed in Islam, it effectively renders the term “Islamic feminism” oxymoronic. The mere fact that some opt to call themselves Islamic feminists is not the proof that Islam and feminism are compatible but that humans are capable of cognitive dissonance.

This uneasy encounter with truth rages Islamic feminists on the path to another collision course. Advocates of the feminist theology commonly assert that male voices have drowned out the Will of God. According to such feminists, the traditional Islamic scholarship has been a male-dominated enterprise that has incidentally or deliberately subordinated and deprived women of their due rights. These feminists invoke the idea that there is no single authentic, authoritative or objective version of Islam and that it is perilous to assert that there is one interpretation of the Will of God. Such a claim is attempted to make room for the existence of a feminist reading of Islam. Such an argument is however counterproductive to feminist advocates for if there is no authoritative interpretation of Islam, then any and all interpretations are equally valid. The feminist interpretation would be as valid as the misogynistic one.
The premise that Quran is somehow vulnerable to multiple interpretations is false. The Quran which describes itself as clear “mubin” and may be open to interpretations in many details but cannot be open to any interpretation nor to the interpretations which contradict its most clearly conveyed apparent meanings. To argue otherwise is to argue that God is a bad communicator. The feminist argument is pulverized by the fact that all prophets were men chosen by God Himself and not a group of human misogynists.

A lot of bargaining power goes to one who argues that the feminist claim viz “sex produces distortions in intellectual endeavours” is merely a sexist claim. Notable Muslim scholars including Ibn Taymiyyah, al Dhahabi, Imam Shafi, Imam Malik, Imam ibn Hanbal, Imam Abu Hanifa and even the Caliph Abd al-Malik ibn Marwan have taken knowledge from female scholars. There are many more examples of how feminism at its core clashes with Islam in no uncertain terms.

Amna Wadud, a founder of the feminist organization in Malaysia ’Sisters in Islam’ claimed that for explicit verses of Quran for which feminists cannot find alternative explanations, there should be a consideration for the possibility of rejecting such verses. She states, “Personally I have come to places where the text says what it says is just plain inadequate or unacceptable however much interpretation is enacted upon it” and she goes on to say further, that the places where particular articulations in Quran as a text are problematic, there is a possibility to refute the text, to talk back, or to even say “no”. This renders the feminist approach to Islam as presumptuous and arbitrary as that of any other ideology–liberal-secularism, perennial-ism, humanism. Conversely, this approach renders Islam redundant.

The pick-choose-drop reformism advocated by any such ideological group is futile to discourses within Islam and very misleading. Every group’s challenges differ and with the forward march of history, there are new circumstances and new challenges. So if parts of the Quranic text were to be dropped or changed to suit a group’s ideology, then suddenly anything can be “inadequate”, “unacceptable” or “historical stories” for that matter. Then there will be no consistent laws offered by Quran that transcend the dimensions of time and place. This happened to other religions and made permanent gulfs between them. One associated problem to face the Islamic feminists is the selection of verses to be said “no” to. Which verses do you drop and at what point in time? The problem is understood after arriving at the fact that there is no official definition of the word “feminism” and it is interpreted and has been interpreted in many ways. Unlike Islam, feminism has no Holy Book, no code and no authoritative body to arbitrate the authentic feminism, thus reducing it to many narrow slices spilt across time and place.

To conclude, Islamic feminism is the most a self-contradictory ideology which intrigues Muslim women in the guise of a Women’s rights giant, preoccupies them with its narrow vision of Women’s rights. The domino effect sets in and any legitimate grievances are over-generalized to infer to a systematic program of patriarchy. Muslim women are eventually radicalized enough to dump the scholarly Islamic traditions and say “no” to any verses of Quranic text which do not line with the sensibilities of feminism. Accepting contaminated-philosophical-historical baggage of feminism will leave Muslim women in haze and quandary. Feminism cannot be more than a regulated drive to a specific end in line with the feminist rules. Nothing less is just, nothing more is acceptable. French feminist, Simone de Beauvoir, makes the point all too clear-“No woman should be authorized to stay at home to raise her children… Women should not have that choice, precisely because if there is such a choice, too many women will make that one. It is a way of forcing women in a certain direction”.