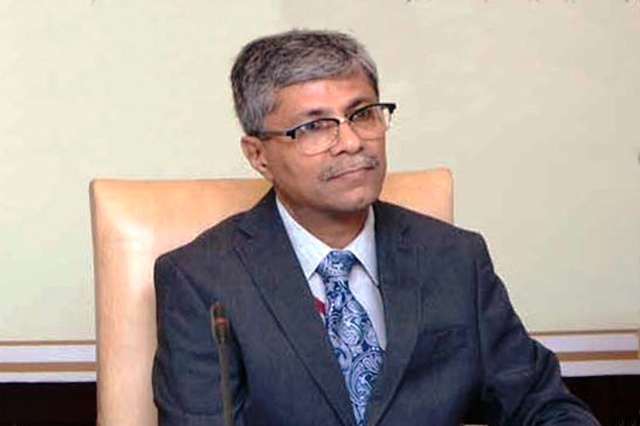 Due to Corona pandemic situation, the virtual training classes for yoga and naturopaths have been conducted for the last three days on behalf of the Ministry of AYUSH of the Central Government. In of the classes controversy broke out over medium of communication.

Since AYUSH ministry secretary named Rajesh Kotecha continued speaking in Hindi the trainee Tamil doctors raise their hands and said they couldn’t understand Hindi. Kotecha got furious over this and asked them to get out of the online class if they can’t understand Hindi. His remark has attracted strong criticism from the groups of South Indian doctors and on social media platforms as well.

About this incident one of a naturopaths from Tamil Nadu who attended AYUSH’s virtual training class said “About 400 people from all over India attended this virtual training class for yoga and naturopaths conducted by the Union Ministry of AYUSH. Since most of them are Tamils, English was chosen as the common language for everyone to understand. But many of the officers who spoke in these online class spoke only Hindi. As most of us do not know Hindi, a naturopath from Tamil Nadu asked AYUSH Ministry Secretary Rajesh Kotecha to speak in Hindi but he insulted Tamil Nadu doctors by saying, ‘Leave the meeting if you do not know Hindi’.

Similarly, an AYUSH official who taught class the day before was avoiding natural medicine and only talked about yoga. At that time, a naturopath from Tamil Nadu said, “Yoga and naturopathy come under one system. Why do you divide it? “The officer immediately threatened the doctor to leave the training class. We have been posting our protest on social media about this incident. We are going to bring it to the attention of the Government of Tamil Nadu. The Ministry of AYUSH does not give the same importance to natural and Siddha medicine as it does to Ayurveda”

As we see various issues and campaigns against  the Hindi imposition by are sprouting up day by day across India. In this context, virtual training classes for yoga and naturopaths have been conducted for the last three days on behalf of the Ministry of AYUSH of the Central Government. It is said to be attended by more than 400 yogis and naturopaths from across India. AYUSH Ministry officials who attended the training class spoke in Hindi and to their reply south Indian doctors’ voices have been continuously clutched by Hindi officials, especially the AYUSH ministry secretary Rajesh who said, “leave the crowd if you do not know Hindi” which is becoming a matter of controversy in social media circles.

Every English letter in the AYUSH Ministry represents respective medical field. The letter S stands for Siddha Medicine. As Madras High Court judges had recently questioned about the removal of the letter S from the name of the Ministry of AYUSH (AYUSH) due to the poor funding for Siddha medicine by Modi govt in comparison to other traditional medicines in AYUSH category. Similarly DMK MP Kanimozhi who recently was questioned by the CRPF officials about her Nationality just for not knowing Hindi which also grabbed the attention of non-Hindi speakers to worry about India becoming Hindi Rashtra.

Hindi as the uniting language of India!