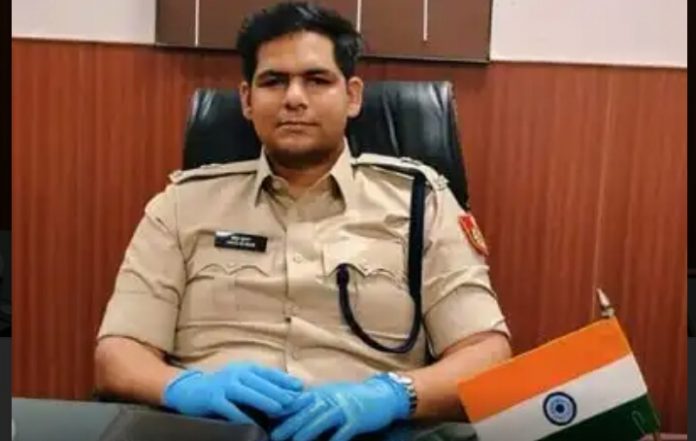 Rubina Bano, a resident of Chand Bagh area in northeast Delhi has made serious allegations against Anuj Kumar, the assistant commissioner of the Gokulpuri police station in connection with the Delhi violence that killed more than 50 people, mostly Muslims. In a police complaint Bano has said that just before the policemen began their attacks on 24 February, she heard Kumar assure ruling BJP party-leader Kapil Mishra over the phone, “Don’t worry, we will strew the streets with their dead bodies such that it will be remembered for generations,” The Caravan reported.

In her complaint, Bano wrote about the events that transpired on the morning of 24 February at the anti-Citizenship Amendment Act (CAA) protest site in Chand Bagh.

Bano was one among the local women residents who led the sit-in protest against CAA in Chand Bagh.

In her complaint, Bano who is also a pregnant woman wrote that she reached the protest site at around 11 am that day to discover the area filled with policemen. Bano stated that the police were arguing with the protesting women, using abusive language, and warning them that they would be killed if they continued their protest.

“We are peacefully protesting here, so why are you addressing us in this manner?” Bano asked the ACP Anuj Kumar, according to her complaint.

Bano wrote to police in her complaint that the ACP Anuj Kumar responded with abuses and said, “Kapil Mishra and his associates will free you from your life.”

“In the meanwhile, Kapil Mishra called the SHO Tarkeshwar Singh, who then gave the phone to Anuj Kumar and said ‘Kapil Mishra is on the line.’ He took the phone and moved away from there to speak to him. He told Kapil Mishra, ‘Don’t worry, we will act as per your orders. Today we will not leave these people alive. We will not stop until we give them their freedom.’ This is what he said,” In an interview with The Caravan on 22 May, Bano recounted what she had witnessed and stated in her police complaint.

“The ACP Anuj Kumar told Kapil Mishra over the phone, ‘Don’t worry, we will strew the streets with their dead bodies such that it will be remembered for generations.’ I wrote that as soon as he cut the call, Anuj Kumar turned to Tarkeshwar and other police personnel and commanded, ‘Maaro saalo ko [kill the bastards],” Bano wrote the same in the complaint.

“There were several other civilians standing with the police officers who had cloths tied around their necks and were armed with lathis, sticks, swords, stones, guns, and bombs,” She added in her complaint.

The Delhi Police did not register Bano’s complaint as an FIR.

Bano also told Caravan that she continues to face pressure from the police to withdraw her complaint and that she will not back down.