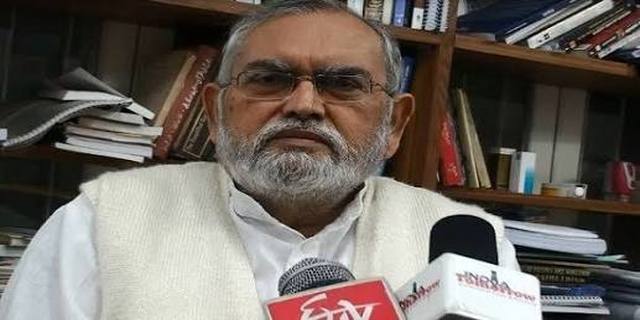 New Delhi: Coming in support of Maulana Salman Nadvi, who recently asked the appellants to withdraw the Babri Masjid case and to choose the way for mediation, Dr Zafar-ul-Islam Khan – a leading Islamic scholar and Chairman of the Delhi Minorities Commission- has claimed that Nadvi’s statement on Babri Masjid is correct and logical.

In a written statement published on News 18 Urdu Dr. Islam said “The issue of Babri Masjid has been complicated by both the Hindus and Muslims by making it as a political.”

The statement further reads “The Muslims and political representatives usually harped with enthusiasm that mosque will remain as a mosque, even though there is no such argument in the Holy Qur’an and Hadith. There are various instances of shifting of mosques in different Muslim countries from their previous places. This practice has taken place even in Madina (Saudi Arabia) and Tripoli (Libya). Do not go so far, there are thousands of mosques in our country too, which are occupied by the Archaeological Survey of India or non-Muslims, or even Muslims. There are about 30 such mosques in Delhi itself, but our blood does not boil for them and the formula of ‘Once a Masjid, would remain a Masjid’ does not apply there’’.

Dr. Islam claimed that religious leaders have even announced that if the decision of the Supreme Court, would go against the Muslims, they will accept it.” Will the order of Supreme Court change the deposition of a religious affair? It would be better to believe that the place of the mosque can be changed in order to safeguard the goals and objectives of the Muslim community,” the statement reads.

Appealing both the parties to go for a mutual settlement, Dr. Islam called for an early and long lasting solution to the decades old problem.