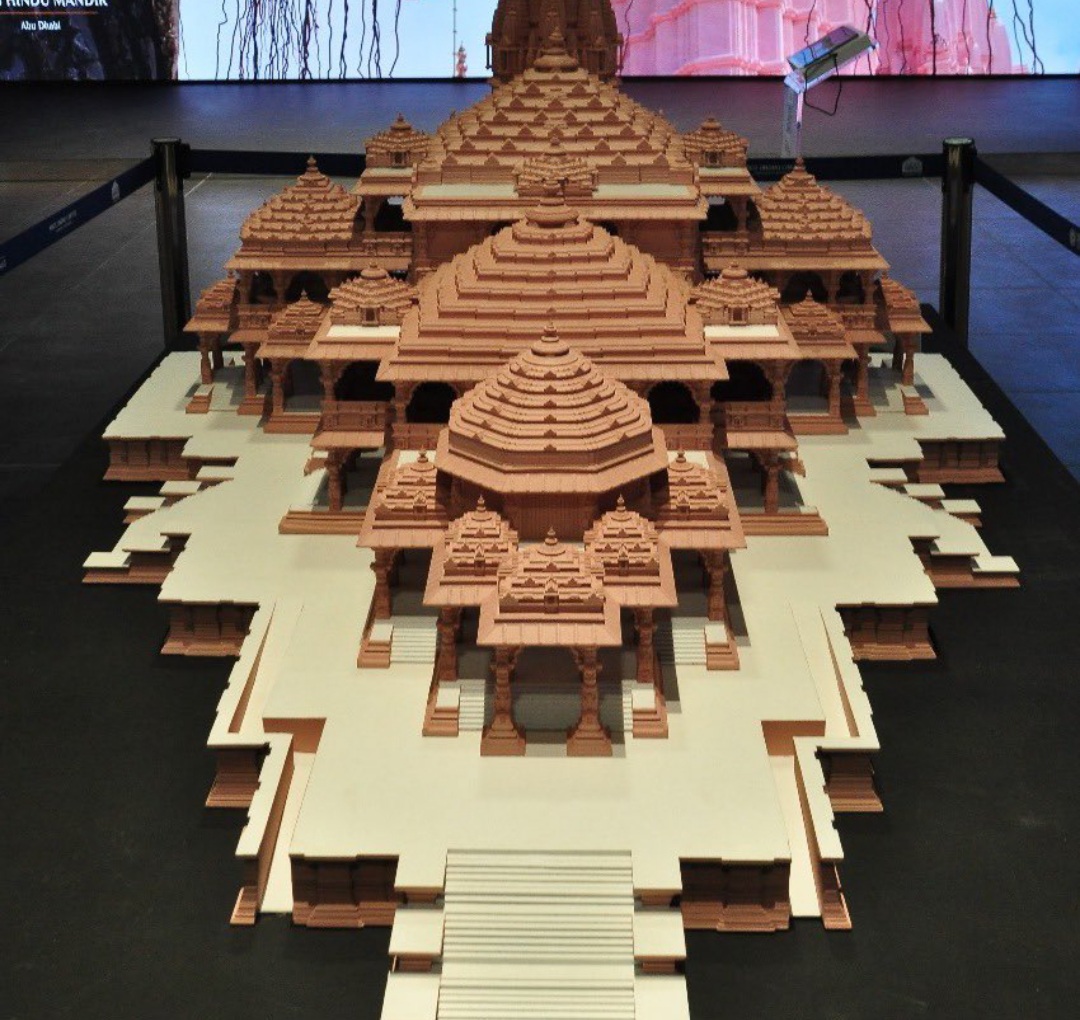 A miniature model of the Ram Mandir to be built at Ayodhya will be part of the India’s pavilion at the Dubai Expo 2020.

Construction of the Ram Mandir, which’s being built on the demolished Babri Masjid, has been widely debated topic in India; induction of the model of the temple has caused uproar.

The Indian Govt is Showcasing Ram Mandir at Dubai #Expo2020
The Mandir is being built over Babri Masjid.
Building a Structure on sufferings of Indian Muslims is their achievement to attract investment in India. pic.twitter.com/DYeGv83JJZ

“Hope the organizers of #Expo2020Dubai know that the structure India is displaying as ‘Hindu Mandir’ is actually being built over Babri Masjid which was demolished by RSS workers, that also led to pan-India killing/displacement of Muslims by thousands in 1992,” wrote a Twitter user Saif Patel.

“Thousands of Muslims were killed & raped after Babri Masjid that stood for hundreds of years was illegally demolished by criminals in India. This structure result of blood is at #Expo2020Dubai is not only an insult to Indian Muslims but Islam,” Another Twitter user wrote.

Picture of the model of the Ram Mandir, which is the part of India’s pavilion, were tweeted by the Prime Minister Narendra Modi, who also performed the ground-breaking ceremony of the temple on 5 August 2020.

The temple is being constructed on the land where Babri Masjid once stood. The Masjid was demolished by a mob which comprised of BJP, VHP and RSS leaders with a large number of kar sevaks on 6 December 1992, leading to riots in the country. At least 2000 people were killed in the riots, according to reports.

On 9 November 2019, the Supreme Court ordered the land to be handed over to a trust to build the Hindu temple. On 25 March 2020, Ram’s idol was moved to a temporary location in the presence of Chief Minister Yogi Adityanath amid slogans like Jai Shri Ram, Jai Ram, Jai Jai Ram, on 6 April 2020.
Critics have said India “formally declared itself a Hindu Nation” by laying down the foundation of the temple.