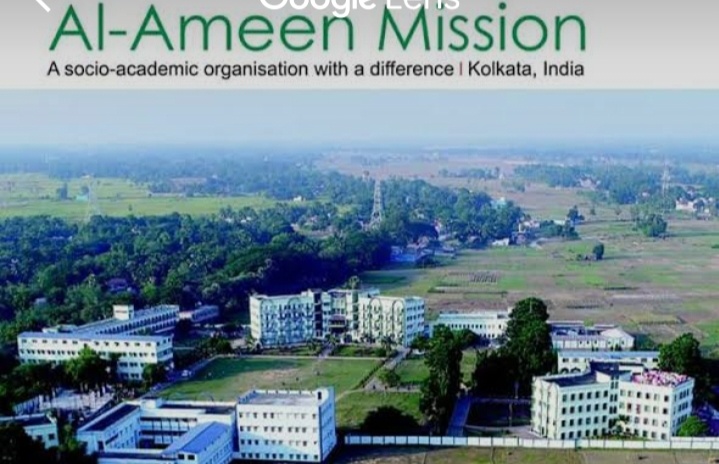 Education always reveals the causes and motives of change. It examines and understands the meanings of change and transformation for the society and the nation. It teaches the community to move forward in life along with the world.

The word education system generally refers to the current secular system prevalent in the country and also includes the mode of education, exclusive to Muslims. In this short essay, we will try to review the educational progress of Muslims with reference to the both.

The educational progress of Muslims in India has been very slow for the last two centuries. The state of educational progress among them cannot be endorsed at all in the 21st century. No comprehensive measures have been taken for Muslim community’s progress form the part of the government and from the part of the community itself. A comparative study of the educational situation of other faith communities in India will show that the Muslim community has not done much on this front. In particular, we are referring to North India. The conditions of the Muslims of South India are relatively better. The religious and political leadership failed miserably in this regard. There was also a lack of a network of volunteer organizations that could make success stories in many places. All these combined could have played a great role in bringing about an educational revolution among Indian Muslims; the greatest need of the community right now. However, the encouraging thing is that today it is very common feeling among new Muslim generation that something has been lost somewhere.Part of the current education system among Muslims is that which exists in the form of madrassas in all the corners of the country. This system is self-sufficient and generally meets the religious needs of the community but sadly it is unable to give its graduates a market value. However, some madrassas are now ready to provide modern knowledge along with the religious one.

The present education is based on two types of public and private institutions.

The condition of public schools is dilapidated all over the country. Teachers do not take classes, students pass by tuition. The number of convent mission schools is of highest standard in private schools, they are very expensive as well. Ordinary Muslims cannot afford to send their children to these schools. Only the elite class and wealthy people of the community have a chance there, who are very few among the Muslims.

Some Muslim groups have now come forward on this front. Thus, Al Ameen Mission West Bengal, Al-Amin Group Bangalore, Shaheen Group Bedar Karnataka , M.S Education Academy Hyderabad  have set up branches in many states. Gulbarga’s Khwaja Gesudraz Khanqah is also active in the field of modern education. In Kerala, the Centre for Sunni Culture and the Darul Huda Islamic University  to name a few, as these institutions successfully experimenting with a combination of religious and modern education. It would be a great injustice not to mention hear the bold initiative taken by AMU to establishing the Bridge Course for graduates of the madrassas to enabling them to enter in the main stream education system. The good news is that these madrasa pass outs are far better off than their English school peers. Now the seventh batch is about to begin its academic session.

Similarly, the Sir Syed Education Society, headed by Lieutenant General Zameeruddin Shah, former Vice-Chancellor of Aligarh, has come up with an educational plan to open a standard school in every district of the country or where there is a significant Muslim population at a cost of R s 20 million. If the plan goes a little further, there could be a revolution in the education conditions of the community, but the leaders of this society will be asked not to keep the tuition fees so high in tuning with high standards that ordinary Muslims might not be able to benefit from it.

There is a big misconception among the religious Muslims about secular education system, wherein ,to them, only materialism is taught and children are made irreligious. This is not the case in general. Mission schools and government as well are giving a bit attention to moral values. ​​A lot of private schools run by right wing organizations propagate a hateful and violent ideology which is inculcated in the minds of students. It is more dangerous than secular materialism. However, the general atmosphere in the secular education and the style of teaching and learning make the students job oriented. They want to become more efficient to earn a good money. No more ne less. After completing the course, most of the students dream of becoming good clerks, good bureaucrats and good officers or becoming engineers and doctors. Serving the society and humanity is not a big issue. This situation is more prevalent in the fields of medical and IIT sectors. Where students study by donating millions and sometimes crores.

No doubt In this system, the scientific atmosphere prevails. Today’s science is considered as atheistic by the religious people. To me, it is a misnomer ,for today’s science , more correct to say, is agnostic. It does not believe in the existence of God, neither does it negate it, rather, metaphysical debates do not fall within its purview. Today, Aristotle’s worldview has been rejected globally. And the worldview that is currently ruling the world is based on the scientific ideas of Einstein and Darwin.

In the Indian context, the role of Muslims in the establishment of a secular education system has been very small. They have done very little in this regard since the independence. The other system of education is that of madrassa, about which some antagonists have spread false rumours. Speculations show that the number of madrasa going children are not be less than ten percent. Most of the illiterate, poor and deprived Muslims turn to this system However, sometimes rich Muslims also come here. The benefits of this system are as follows:

1- It is the largest educational network of Muslims or you may call it an NGO network ,Which is very helping to educate a large number of Muslim children who cannot go to school or college

2-They cater to the religious needs of the community.

3-Muslim religious organizations of national repute and parties get workers and activists from them.

4- They helps to maintain the Islamic identity in very hostile environment.

However, this education system has its own shortcomings and when it comes to modernization of madrassas ulema and madrasa people make excuses that only four percent of Muslim children go to Madrasas so why bother about these three or four per cent of community children ? They should be left to their own, they will somehow survive. The remaining 96% should be focussed on instead. My question is that if there are 4 percent blind and the rest are in good health, so on this excuse if no measures will be taken to cure the 4%, wouldn’t it be cruel to keep them blind?

Ordinary Muslims rely on madrassas for their education or rely on government schools and cannot afford to send their children to high-fee private schools. The shortcomings of government schools are a tragedy, but it is welcome that the Delhi government is improving the quality of public schools, and now so much attention has been paid to this. The Muslim community also has its own special problems in the field of education. The educational tendencies of Christians are very different from the educational tendencies of Muslims. The Christian community is very small in number but they have proved their usefulness in this field. The result is that they have colleges whose quality is guaranteed and in which everyone wants to send their children to learn. Being beneficial has given an extra benefit to Christians everywhere in the country. There is a lot to be learned from them. Muslims should establish their model schools in large numbers wherein basic religious education should also be provided on the one hand and on the other they should make their madrassas modern, and up-to-date. This way the shortage of modern schools can be met to a large extent.

Today, the world has become a global village. And it has shrunk to the click of your computer, nay, to your mobile. So , no community or nation can be cut off from other nations and communities. Living in the past glories will not work, for that glorious past is long gone. Today our situation is more bad and the future depends a lot on our actions today. Therefore, we need to take faster steps than others.