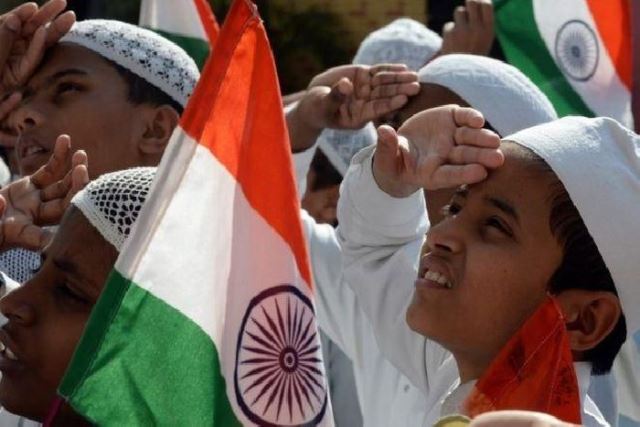 Education is one of the most important instruments for the development and empowerment of any marginalized community. This plays an important role in gaining a respectful and dignified life within the society and also helpful for earning employment and money for the livelihood. Malcolm X was a famous African American human rights activist who says that ‘education is the passports of the future, for tomorrow belong to those who prepare for it today’. Sir Syed Ahmad Khan was a great socio-religious reformer and Messiah of ‘Muslims education’ said that ‘it is the categorical verdict of all the nations and great seers of the world that national progress depends on education and training of the people’. Keep in mind that life without education and training is like a bird without wings.

Muslims are the second largest populous religious group after Hinduism in India. The National Minority Commission has identified Muslims as minorities along with Christians, Sikhs, Buddhists and Jains on the basis of religion. Among the minorities, Muslims have the highest population with 14.2 percent, followed by Christianity 1.7 percent, Sikhism 0.7 percent, Buddhism 0.5 percent, Jainism 0.4 percent and the other 0.7 percent. There are many states such as Jammu and Kashmir, Bengal, Assam, and others in which population of Muslims is above 20% (Censes, 2011). Muslims, despite being the largest religious minority of the country they are lagging behind from other religious minorities on all indicators of human development, such as living standards, financial stability, political existence, education and other aspects, thereby showing poor performance in the maximum fields. Their socio-economic status is far behind that of other minorities and is also less than the national level.

The factors of their educational backwardness are not fully and satisfactorily have been studied by scholars and any other governmental and non-governmental agencies. Invariably all individual researchers, organizational surveys and government appointed committees find out that Muslims are most educationally backward community of the country.

In this regard, a high level committee was headed by the Prime minister of India in 2006, popularly called the Sachar Committee. The committee founds that they have low level access to educational opportunities and to they have a lower quality education and their academic backwardness as bad as or even worse than Scheduled Casts (SCs) and Scheduled Tribes (STs) and Other Backward Classes (OBCs). Their level of education decreases as the level of education rises. The report has also revealed that ‘one fourth of Muslim children in the age group of 6-14 years have either never attended school or are dropouts. For children above the age of 17 years, the educational attainment of Muslims at matriculation is 17%, as against national average at 26%. Only 50% of Muslims who complete middle schools are likely to complete secondary education, compared to 62% at the national level’ (Ministry of Education, GOI). Their literacy rate, mean year of education, representation in senior secondary education and higher education is below to other communities of India. For example, Literacy rate among Muslims is 57.3%, which is far behind from national average 74.4%. When we see another minority community in India their literacy is far better than Muslims minority. The majority Hindus whose literacy is 63.6%. Literacy among other minority such as Jain is 86.4%, Among Christians is 74.3%, Among Buddhist is 71.8% and, Sikh is 67.5% in India. This shows that the Muslims have the highest illiteracy rate of any single religious community in India. Although the literacy rate for Muslim women was higher than SCs and STs Women, but lower than others (Times of India, 2020).

A study was conducted by S.M.I.A. Zaidi in 2006 and found that the highest literacy among Muslims were in Andaman and Nicobar Island 89.8%, followed by Kerala 89.4%, while lowest literacy was found in Haryana 40%, and Bihar 42%. In the major states of the country (i.e. Uttar Pradesh, West Bengal, Bihar, and Haryana etc.) where Muslims are educationally most backward in comparison with other religion.

As per National Sample Survey Report of the 75th Round (2018), reported by the Times of India (2020) the Gross Attendance Ratio (GAR) of Muslims was lower (i.e., 100) than SCs (101), STs (102), OBCs, and minorities. The same case is also at Upper primary level; their GAR was lower than other communities. The GAR of Muslims at Secondary level was 71.9%, which was less than STs 79.8%, SCs 85.8% and from OBCs also. Similarly, in the case of higher secondary level the GAR of Muslims was lowest i.e. 48.3%, below from the SCs 52.8%, STs 60% and lowest from others communities also. At the level of above higher secondary, their GAR has been 14.5%, just above the STs 14.4%, but below from the SCs 17.8% and other communities. In the age group of 3 to 35 years, among all communities, Muslims has the highest proportion that had never enrolled in formal educational institutions or programmes.

The enrollment of Muslims in higher education, as per All India Survey on Higher Education Reports (AISHE) (conducted by MHRD, GOI) revealed that the representation in higher education has also lowest from other communities such as SCs, STs and OBCs. The evidence of the survey data is depicted in the following table-

The importance of education and skill in the rise and fall of the communities is well known, and everyone also knows that in the present scenario (which is known as knowledge society) it is impossible to spend a self-dependent and dignified life without an education.

From the above discussion and evidences, and various reports, it shows that, in the matter of education, the condition of Muslims at all levels (i.e. Primary, upper primary, secondary, senior secondary and higher education) of education remains pathetic as comparison with other religious group as well as SCs, STs and OBCs group. It is a serious constraint in planning for the education of Muslims. A large population of Muslims is not only poor, but also deprived of the legacy of education. It is very difficult to get education for those Muslims who earn their livelihood through hard work and small business. There are only two ways for these poor and hard working class of Muslims to get education, either government school and colleges or madarsa.

For this reason, in my opinion, there is an urgent need for Muslims intellectuals and philanthropists to form an organization so that people are made aware of all beneficial educational schemes, policies and programmes run by the government of India. It is also need that the Waqf Board of India should open modern educational institutions on its vacant or useless lands so that Muslims can be educated and they can improve in the field of education. State Governments and Government of India, need to pay special attention towards the education of Indian Muslims.

The author is a Research Scholar (Sociology) at Aligarh Muslim University, Aligarh.

Could Darul Huda Islamic University be a model for other big Madrasas in India?