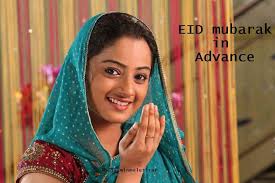 Thiruvananthapuram, Aug 7 : Various Muslim clerics and community leaders announced that Eid-ul-Fitr would be celebrated in Kerala Thursday after the moon was sighted in Kozhikode.

Supreme leader of the Indian Union Muslim League Pannakad Hyder Ali Shihab Thangal and other religious leaders made this announcement.

Muslims in Kerala constitute roughly 24 percent of the 3.20 crore population.—IANS.