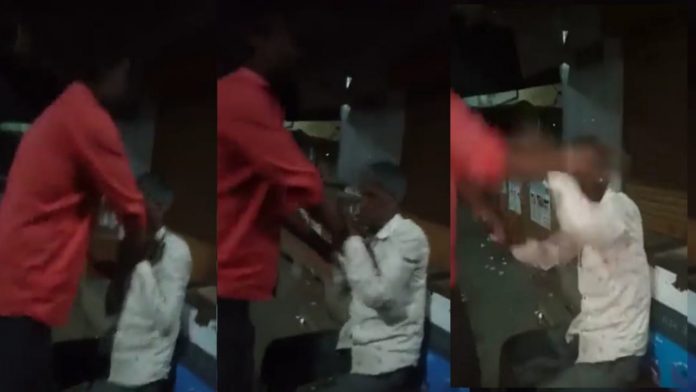 A differently-abled man identified as as 65-year-old Bhanwarlal Jain died after he was beaten on suspicion of being Muslim in Madhya Pradesh’s Neecmuch district.

The incident came to light after a video clip went viral on social media. In the clip, a Hindutva fanatic is seen asking the victim if his name is Mohammmad.

Trigger warning: A differently-abled elderly person Bhanwarlal Jain was brutally beaten in MP's Neemuch over suspicion of being a Muslim. The person (Dinesh Kushwaha) can be seen asking 'Are you Mohammed, Show me your Identity Card', while thrashing him. He Was Later Found Dead. pic.twitter.com/o0xvlFoUXK

The police have registered a A case under section 304 (Causing death by negligence) and section 302, (Punishment for murder) of the Indian Penal code. They said they are looking at CCTV footage of the area and other links to probe the matter.

Speaking to the media, Manasa police station in charge K L Dangi said, “We recovered a body on Rampura road. Since there was no identification, it was kept in the freezer and his photo was circulated for identification. After multiple efforts, the deceased was identified as one Bhanwarlal Jain.”