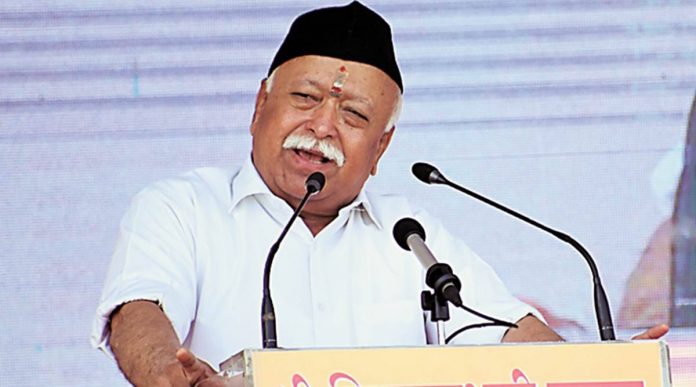 New Delhi: Despite several reports coupled with census data have busted the BJP’s narrative built around “rising Muslim population”, RSS chief Mohan Bhagwat in her Dussehra speech pushed for population policy saying population imbalance among various religious groups would threaten the “unity, integrity and cultural identity of the country”. However, experts have reacted strongly on the proposition saying that the push for two-child policy will endanger health of the women and will lead to an increase unsafe abortions. On the other hand, various rights groups and constitutional experts expressed concern that any coercive measures to control population will infringe upon fundamental rights of a citizen.

With Bhagwat raising concern on demography, there is scepticism that the Narendra Modi government could push for a new population policy ahead of 2024 general elections. Notably, the Yogi Adityanath government of Uttar Pradesh brought the population control law with aim to further consolidate Hindu votes, majority of whom have not been updated or informed that the Muslim population growth rate has declined in the last two decades. However, any law to control the population will primarily be against the poor.

The population debate is driven by the sense of paranoia that the growth in Muslim population will threaten “India’s demography”, so the communal intent cannot be set aside.  Bhagwat’s concern over “population imbalance” among various religious groups cannot be de-linked from the decades-old fears that the right wing groups kept flagging. That, rising Muslim population will threaten India’s unity, integrity and cultural identity. However, census data and reports by national and international agencies are sufficient to allay Bhagwat’s fears. Rather, the RSS chief and other right wing elements may find reasons to smile if they go through the changing population trends highlighted by census data, which clearly showed that in the last 20 years, rate of Muslim population rise fell more than Hindus. There is little merit in the debate.

However, there are real concerns that need to be addressed before advocating population control through legal recourse, as implied by the RSS chief. Foremost among them is likely rise in the practice of sex selection leading to unsafe abortions. Amita Pitre, lead specialist, gender justice in Oxfam India, told the Economic Times that the “right to contraception as also couples being able to decide their desired family size are important reproductive rights which need to be focused on, rather than focus on two-child policy.” Evidently, gender-bias is social evil leading to the killing of girl children in the wombs. The practice is rampant in north India, and disturbingly high among the educated families. According to the, United National United Nations Population Fund (UNFPA) State of World Population 2020, sex ratio at birth in India is 910, lower than all the countries in the world except China.

In the light of census data and experts’ suggestions, it is important to remove misconceptions injected by communal elements among a large section of the majority community in this regard. The perception that Muslims are religiously bound to produce more children holds no ground. Family planning is very much linked to social and economic status, rather than religion.  There is little evidence to suggest that there is “organised resistance” to family planning among Muslims.