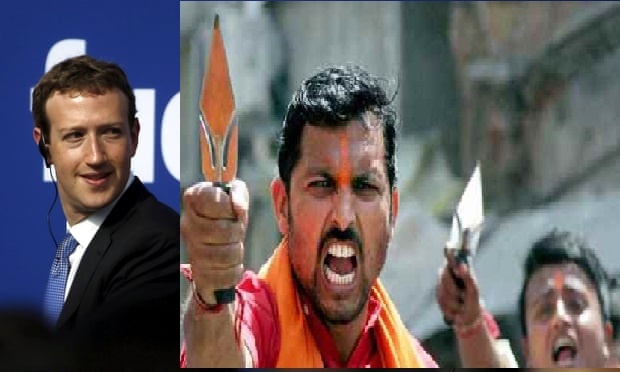 New Delhi : Despite being tagged by Facebook’s security team as a potentially dangerous organisation that supports violence against minorities across India, the Bajrang Dal has been allowed to thrive on the social network out of business  and safety considerations, The Wall Street Journal reported on Sunday.

Facebook refrained from taking action against Hindutva group Bajrang Dal due to political and business considerations and concern for the safety of its employees, even though an internal security team flagged the group as a “dangerous organisation” that supported violence against minorities in India, The Wall Street Journal reported on Sunday.

The Bajrang Dal is part of the Sangh Parivar, the larger family of right-wing organisations affiliated to the Rashtriya Swayamsevak Sangh. The RSS is also the ideological mentor of India’s ruling party, the Bharatiya Janata Party.

Facebook’s safety team had said that the organisation should be banned from the platform. The Bajrang Dal, in a video, had claimed responsibility for an attack on a church Delhi in June. The video was viewed nearly 2.5 lakh times on Facebook.

The company, however, did not ban Bajrang Dal after an internal report from the security team warned that a crackdown on the group “might endanger both the company’s business prospects and its staff in India”. “Besides risking infuriating India’s ruling Hindu nationalist politicians, banning Bajrang Dal might precipitate physical attacks against Facebook personnel or facilities,” the internal report said.

In August, the Journal had reported on an alleged bias in Facebook’s policies that favoured the ruling BJP out of business interests and said former Facebook executive Ankhi Das lobbied in favour of a leader of the ruling party who made anti-Muslim comments.

Facebook, which banned the politician just days after the report was published, denied the most egregious of charges but admitted that it had to do better to curb hate speech. Ms Das stepped down from the company soon after.