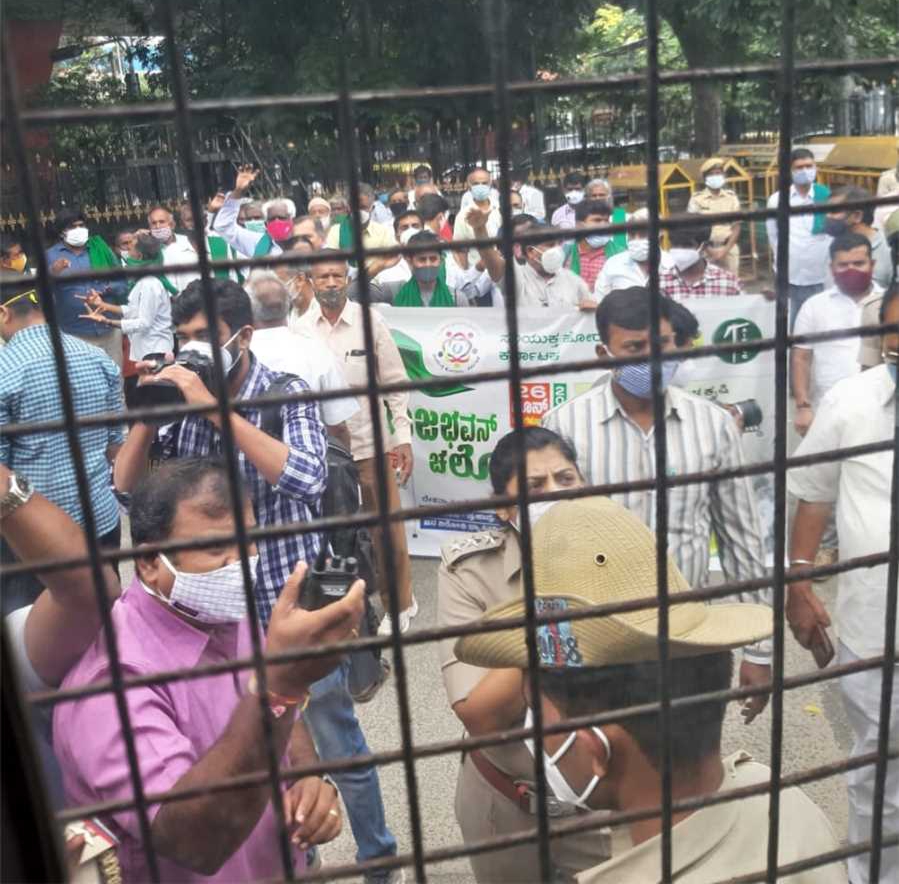 As farmers sitting on Delhi borders have completed 7 months of their protest against the three farm laws, they are observing ‘Save Farming, Save Democracy Day’ on Saturday all across the country. The farmers will submit memorandum to all the governors in the name of the President of India on this occasion.

Under the leadership of farmer leader Yudhveer Singh, 4 to 5 people will go to meet the Lieutenant Governor of Delhi. They have been given time for the meeting.

At the same time, on the completion of 7 months of the farmers protest and the anniversary of the emergency imposed by the then Prime Minister Indira Gandhi in 1975, the farmers will submit a memorandum to the governors all across India.

Rakesh Tikait, the national spokesperson of Bharatiya Kisan Union said, “Farmers of Delhi unit will go to meet the Lieutenant Governor. The farmers who have reached the border have not come to go to Delhi. The day this will happen, we will take 4 lakh tractors to Delhi.”

“The central government does not want to talk to us, we are sitting around Delhi.”

There was silence on the Ghazipur border for the last few months, but now once again a buzz has been created with the presence of large number of farmers who have come with tractors.

The farmers’ agitation on Saturday marked the completion of seven months. Hundreds of farmers and other citizens will send their memorandum to the President of India through the Governors of the States and Union Territories.

In view of the farmers protest, Delhi Metro Rail Corporation (DMRC) will shut for public use three stations — University, Civil Line and Vidhan Sabha from 10 a.m. to 2 p.m.-IANS