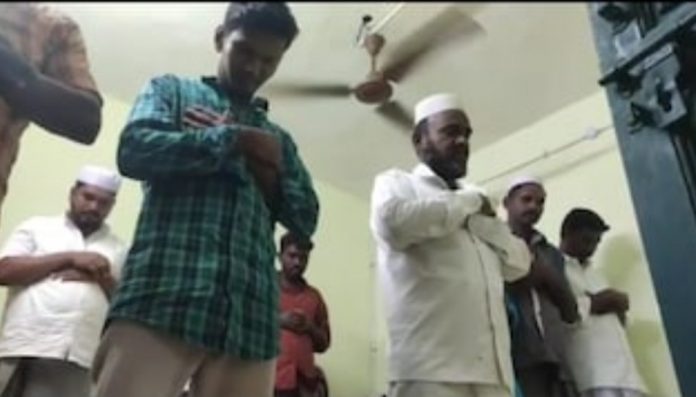 Chennai: Forty people from eight Dalit families in Theni, southern Tamil Nadu have embraced Islam after they found living amongst the upper caste Hindus a nightmare.

The conversion occurred a couple of days before at Dombicheri village in Bodinayakanur town in Theni district and Islamic priests solemnised the conversion.

Incidentally, Bodinayakanur is the constituency of the former Chief Minister of Tamil Nadu and senior leader of the AIADMK, O. Panneerselvam.

Those converted said that they were continuously attacked by Upper caste Hindus who don’t allow them to drink tea or coffee from local restaurants and wayside tea shops citing the lower caste status. The neo converts charge that while the men were beaten up, the Dalit girls were teased and lewd comments and gestures were made at them while they were walking on the streets.

Rahima (32) who was earlier Veeralakshmi while speaking to IANS said: “We are forced to convert. We are being teased, beaten, insulted, and not being allowed to walk in the same street where Upper caste Hindus walk. Our parents and grandparents suffered this ignominy and we decided that enough is enough. We are now Muslims and we don’t find any demarcation here.”

The converted people alleged that the upper caste Hindus attack them regularly and once in every six months some or other incidents of violence against the Dalits were reported in the village of Dombucheri.

Raheema’s husband Mohammed Ismail, who was Kalaikannan earlier, said that he was beaten up in November 2021 during the Deepavali celebrations by upper caste men and he decided to convert to Islam after the incident. He said that he was mercilessly beaten up when he bought a motorbike, by the upper caste men and said that the Dalits in the villages of Tamil Nadu were living a life of misery.

Mohammed Ali Jinnah, Tamil Puligal Party’s Theni north secretary told IANS that he was Varimuthu earlier and converted to Islam fifteen years ago. He said: “The reason for conversion is nothing but the atrocities on Dalits by the caste Hindus. We were not even allowed to walk on the streets through which they walk. Since fifteen years, I am getting respect after converting to Islam and this is what a man wants.”

However, Hindu Munnani denied the upper caste atrocities being the reason behind conversions and said that Islamist parties like the Social Democratic Party of India (SDPI) and its offshoot Popular Front of India (PFI) are forcing people to convert to Islam by luring them with several freebies and those who resist are threatened.

Arjun while speaking to IANS said: “We are reaching out to the Dombucheri village people of Theni district. We will convince them against this and all will be well within a few days.”

The new religious conversion row to Islam is following the Madras High Court ordering a CBI inquiry into the suicide death of a Plus two girl student alleging forced religious conversion. The BJP and Hindu Munnani had come out strongly on the matter.— IANS, edited.