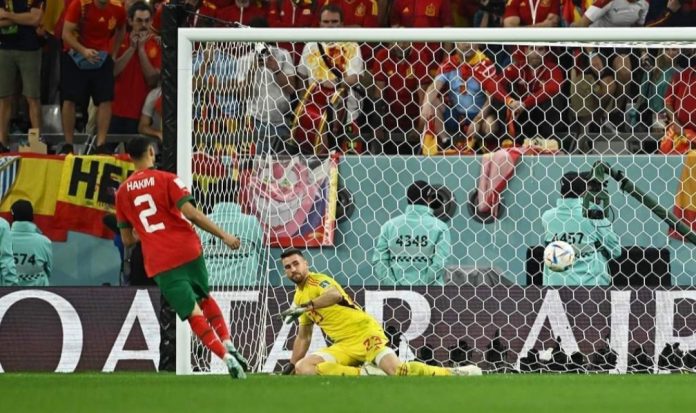 FIFA 2022 in Qatar has not only drawn the attention of the sport’s ardent fans but of sociologists, theologians, politicians, human rights workers and international relation experts across the world. The intersection of Asian, Muslim and Arab identity invited open and persistent criticism but more importantly unveiled the feigned attitude of the world, making its intolerance of Islam clear.

Whether it be the use of Quranic verses at the FIFA inaugural ceremony or the various murals featuring the sayings of Prophet Muhammad, the first ever Arab and Muslim nation to host the biggest tournament came to the limelight for propagating the teachings of Islam and introducing the world to its rich religious heritage and Bedouin culture. This has come along with forbidding the wearing of revealing dresses as well as prohibition of serving alcohol in accordance with the Islamic principles. The peninsular nation also took a bold political step inviting Palestinians who have been deprived from playing the sport and representing their nation for years, to watch the tournament. This has been accompanied by big banners of ‘Gaza is in our Hearts’ on various buildings. These steps have attracted Islamophobes’ expected hate, ferocity and criticism, dismissing the freedom of the nation to exercise its laws on its own land. Instead of appreciating the efforts of a small country like Qatar to host a big tournament, the skeptics are promulgating their demonized view of Islam and Arabs.

Besides, the host nation being Muslim, the issue of migrant workers, LGBTQ and lack of civil liberties are some of the ostensible reasons behind players and fans relentless protests against the Gulf. This was reflected with boycott calls made by German player Kimmich as well as Norway and Netherland’s players wearing T- shirts emblazoned with ‘Football supporting Change’ during the qualifiers to register protest against the human rights record of Qatar. This has been followed by Denmark’s jerseys being black, and the European skippers deciding to wear the one love armband to symbolize the importance of normalization of LGBTQ community which was later criticized by FIFA which restrained the players from wearing it. The Australian team also shared a video highlighting Qatar’s lack of civil liberties. Such moves manifest the hypocritical attitudes of western societies who fail to utter a word while participating in other sports events, like the Winter Olympics in China, which is committing an open genocide against Uyghur Muslims since 2014. This only proves the biased and selective approach of people who are absolutely resistant to atrocities being committed against Muslims, becoming active in their outcry against offences committed by Muslims.

This demurring was not restricted to the players but taken ahead, rather propagated by the media. A little before the tournament started, French newspaper, Le Canard Enchaîné, depicted Qatar’s football team as terrorists, playing in stereotypical robes on sand dunes which clearly symbolized its racist, Islamophobic and judgemental approach towards the nation. Although the French media has often spread hatred against Islam and propagated its prejudices at an international level, this edition of the FIFA revealed the ill intention of big media houses like BBC which did not broadcast the opening ceremony live on television. The negative coverage of the media is primarily because of Qatar’s Muslim and Arab identity which by its values and practices is diametrically opposed to western value system which restrains them from showing the complete picture and portraying only what is true to their own vantage point. The flak against the second Asian host of the FIFA ever is an extension of a self -proclaimed sense of righteousness and superiority felt by the west which now for centuries has divided the world into a developed and loftier west against the rural and barbaric Orient.

Just like its western counterpart, the Indian media did not leave the golden opportunity of negatively covering the tournament for fanning its divisive communal agenda. The Indian government, remaining true to its aim of being an ambassador of Hindutva in the international arena, criticized Qatar for inviting Islamic preacher Dr. Zakir Naik to their country for the cup. The host nation soon clarified that he was not invited but this issue became the topic of discussion and vilifying the hosts by electronic media, stretching out to fume Hindu-Muslim debates.

The gung-ho about human rights abuses in the host nation is mere politics, as former host nations of the cup like Argentina, Italy, USA or Russia have in the past violated human rights blatantly of their own citizens, neighbouring countries as well as caused unrest in the Middle East amongst other nations, but they were never held to account, boycotted or tried by the media for enormous abuses they have committed. Though this does not justify the human rights violation in Qatar, the efforts of the country to improve the condition of its immigrant workers in 2012 must be acknowledged.

Besides the political drama, this cup has sparked new beginnings on field, bringing many positives for world football. The victories of Saudi Arabia, Japan, Morocco, Tunisia and Korea has at least jolted the supremacy of the western nations if not broken it.

Focus on “love jihad” rather than sewage or roads, the Karnataka BJP MP advises party members