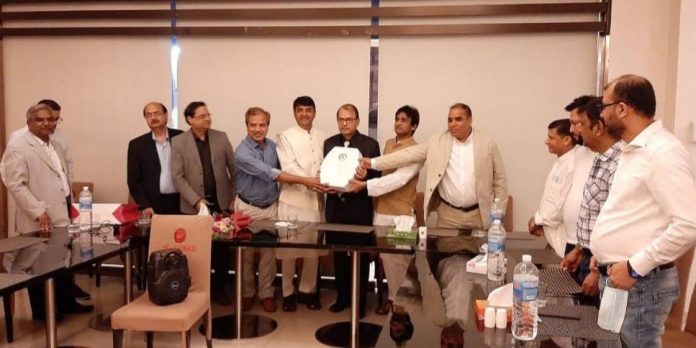 Ghizal Mahdi’s friends organised a farewell evening in his honour, on the occasion of his bidding good-bye to Riyadh, KSA, after spending an active social life for around quarter of a century. The speakers paid rich tributes to Ghizal Mahdi’s immense contribution to the Indian community in Riyadh in general, and the Riyadh chapter of Jamia Millia Islamia Alumni Association in particular. Speakers spoke very highly about his versatile self, sincerity and commitment towards the community. Notably, Ghizal Mahdi was a founder member of two chapters of Jamia Millia Islamia Alumni Association (JMIAA) in KSA – Riyadh and Dammam. He was elected president of the Riyadh chapter in 2014 for two years. The JMIAA-Riyadh Scholarship Program for bright and needy students of Jamia Higher Secondary School was initiated during his presidency. His team also brought out the first directory of Jamia Alumni employed in KSA.

In his farewell speech, Ghizal Mahdi highlighted the need to delve deep to understand the current sensitive situation of our country. He emphasised the importance of reducing socio-economic inequalities, religious and sectional antagonisms, and strengthening the brotherhood, and sharpening the joint struggle for the rights of socio-economically weaker sections and working class; and this is possible only when our thought process and actions are based on oneness of humankind.

Throwing light on his future plans, Ghizal Mahdi told that he would devote himself to the cause of creating health awareness in the countryside – and he would start this programme from his home town Nehtaur, Bijnor, U.P., and along with other activities, this Health Awareness Programme would include – organising medical camps, lectures for creating awareness about health and ailments, designing courses and motivating children to do voluntary service in the field of health, involve teachers and other socially conscious people in the project, launching awareness campaigns among children and youngsters against gutka-chewing, smoking and other harmful substances, establish diabetes centre so that the fast-spreading diabetes can be checked.

The farewell program was conducted by Aftab Nizami. Along with paying tribute to Ghizal Mahdi’s services, the following distinguished people also promised to extend support to the proposed health awareness program: