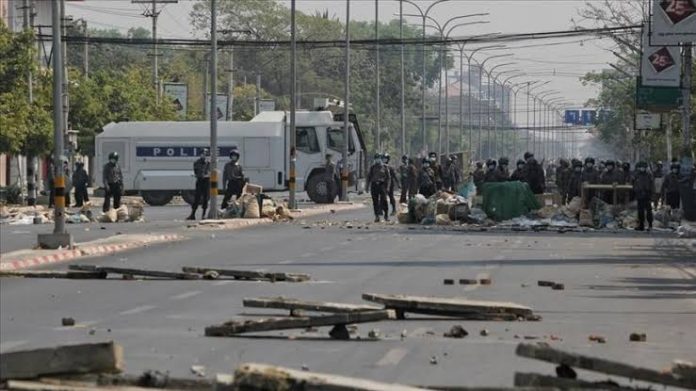 DHAKA, Bangladesh:  About 100 human rights organizations around the world wrote a letter to the UN on Wednesday, urging it to intervene in Myanmar’s present crisis, which has seen an upsurge in hate speech and persecution of religious minorities since the country’s military coup in February.

In a joint letter to UN Secretary-General Antonio Guterres, the Burma Human Rights Network (BHRN) joined 97 other rights organizations and 15 individuals in urging him to “personally lead high-level efforts” to address the increased violations of the right to freedom of religion or belief (FoRB) in Myanmar since the military coup on Feb. 1, 2021.

“Since the military coup, we have seen hate speech and targeting of religious groups increase and the release from prison of prominent anti-Muslim activists,” the BHRN, a London-based organization working for human rights, minority rights, and religious freedom in Burma, wrote in the letter posted on its website.

The letter also expressed concern that the military will employ more hate speech and propaganda against non-Buddhist religious groups in order to divide the resistance and deflect and divert attention from the coup and subsequent oppression and economic collapse.

Referring to the recent murders of some Christian figures, it added: “The coup has emboldened the military to further persecute Christians and Muslims living in the country.”

On Sept. 18, 2021, the Myanmar military gunned down a Christian pastor, named Cung Biak Hum, as he attempted to help put out a fire at another resident’s home, according to the letter.

“The junta is currently holding another Pastor, Thian Lian Sang, in custody,” the statement said, adding that Sang is the pastor of a church in Mandalay and his family was later reportedly robbed of Kyat 400,000 (Approximately $213) by Myanmar’s State Administration Council officials, which they had received to help cover the cost of burial for Sang’s father.

It added that the same general who ordered the mass killings of Rohingya Muslims in 2017, which the UN Fact Finding Mission classified as genocide, has been carrying out the attacks on the protesters and the religious minorities.

“The Burmese Military must end all hostilities against religious minorities, release all religious and political prisoners, step down from power, and allow the democratically elected government to resume,” it said.

Rights groups have called on the international community to impose an international arms embargo and targeted sanctions on the military’s financial sources in order to put effective pressure on Myanmar’s military regime.

“UN Secretary-General Antonio Guterres should lead high-level efforts to increase diplomatic pressure on the junta and mobilize countries in the region to deploy their influence to end the military’s violence and repression and seek the release of political prisoners and the establishment of genuine federal democracy and respect for human rights for all,” it added.

The rights defender also emphasized humanitarian assistance, especially for ethnic and religious minorities who have been internally displaced due to prevailing unrest.-AA