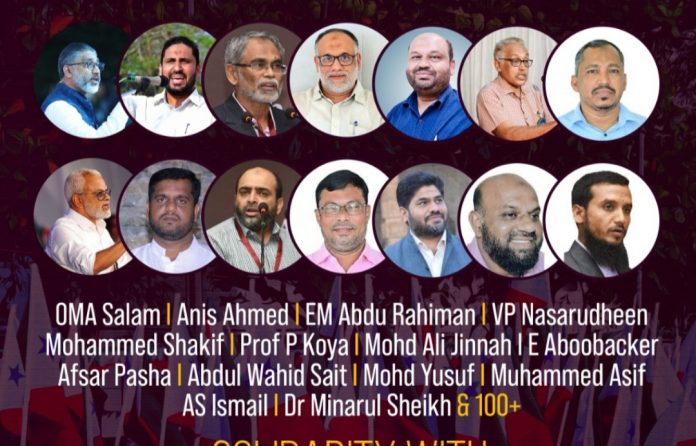 The Central govt has banned PFI (Popular Front of India) and its associates or affiliates or fronts as an unlawful association with immediate effect, for a period of five years, reported ANI.

Central Government declares PFI (Popular Front of India) and its associates or affiliates or fronts as an unlawful association with immediate effect, for a period of five years. pic.twitter.com/ZVuDcBw8EL

The move came came after two rounds of crackdown and arrests its over 300 leaders and office bearers.

“PFI and its associates or affiliates or fronts have been indulging in unlawful activities, which are prejudicial to the integrity, sovereignty and security of the country and have the potential of disturbing public peace and communal harmony of the country and supporting militancy in the country,” according to a gazette notification from the MHA.

The ministry said that some of the PFI’s founding members are the leaders of Students Islamic Movement of India (SIMI) and PFI has linkages with Jamat-ul Mujahideen Bangladesh (JMB), both of which are proscribed organisations.

There had been a number of instances of international linkages of PFI with Global Terrorist Groups like Islamic State of Iraq and Syria (ISIS), according to the notification.

“Some activists of the PFI have joined Islamic State of Iraq and Syria (ISIS) and participated in terror activities in Syria, Iraq and Afghanistan. Some of these PFI cadres linked to ISIS have been killed in these conflict theaters and some have been arrested by State Police and Central Agencies,” the MHA said.

PFI’s official handle on Tuesday tweeted, “Massive arrests are going on in d BJP-ruled states in d name of preventive custody. This is nothing but prevention of d Right to democratic protests against d Central govt’s witch-hunt targeting PFI is quite natural & expected under this autocratic system.”

However these are only allegations from the government which are yet to be proved in courts.

The leaders of PFI denied the allegations consistently and they said they would fight democratically and legally.