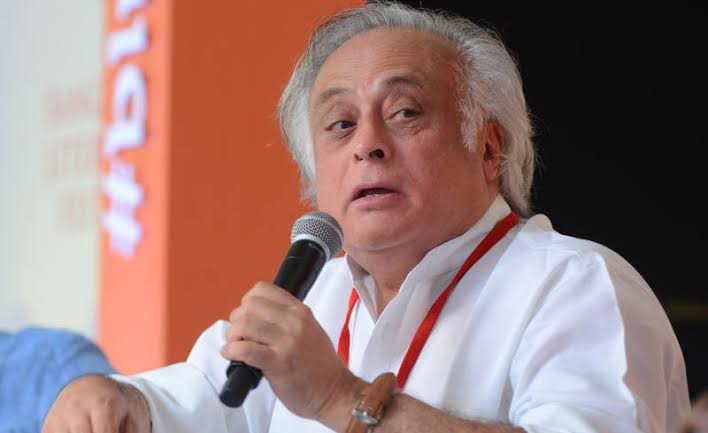 A day after Prime Minister Narendra Modi announced free vaccines for all above 18 years of age, Congress leader and former Union Minister Jairam Ramesh alleged that the only concern of the government is for headlines and not deadlines.

Addressing a virtual press conference here on Tuesday, Ramesh said: “The government is only concerned about the headline and not the deadline. To complete vaccination by December, 80 lakh vaccinations per day is required but the question is from where the vaccines will come in order to do that.”

He said it was a demand by the Congress for free and universal vaccination, and several letters have been written by the Opposition and Congress leaders to the government, particularly Prime Minister Modi.

“The party has been writing letters to PM Modi regarding free vaccines… even Sonia Gandhi, former Prime Minister Manmohan Singh and Rahul Gandhi wrote letters to him,” Ramesh said.

Modi on Monday announced that all Indians above 18 years of age will be administered free Covid-19 vaccine from June 21.

Addressing the nation, the Prime Minister made it clear that the states will be provided these vaccine doses free of cost by the Central government.

The Prime Minister said that the Central government will buy 75 per cent of the total vaccine production from vaccine manufacturers and give it free to the state governments.

Modi also said that 25 per cent of the vaccines being made in the country will be provided directly to private hospitals and they will be able to charge a maximum service fee of Rs 150 for a single dose after the fixed price of the vaccine. — IANS

It may take years to neutralise hatred, poison spread by RSS: Jairam

What is PM hiding on Chinese transgressions: Jairam Ramesh