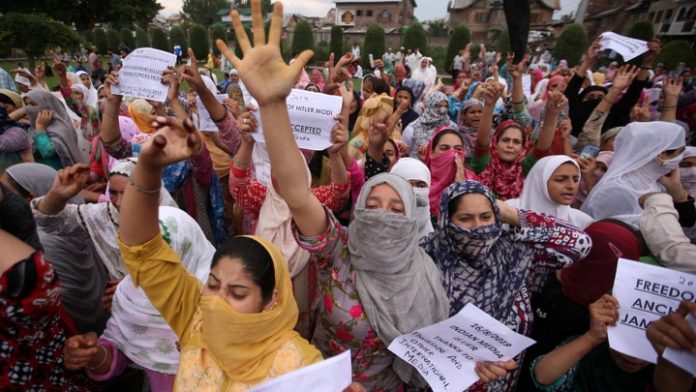 Srinagar: Jammu and Kashmir administration, on Thrusday said that government employees will be terminated from service and also become ineligible for promotion in the event that they are found to have been involved in any act of ‘sabotage, espionage, treason, terrorism, subversion, sedition/ secession, facilitating foreign interference, incitement to violence or any other unconstitutional act.’

The government has instructed departments to keep a check on the “involvement of an individual’s immediate family, persons sharing residential space with the employee to whom he or she may be bound by affection, influence, or obligation or involved in any of the acts, directly or indirectly, having potential of subjecting the individual to duress, thereby posing a grave security risk.”

“Failure to report relatives, persons sharing residential space or associates who are connected with any foreign Government, associations, foreign nationals known to be directly or indirectly hostile to India’s national and security interests”, the order reads.

The order was issued in accordance with the Jammu and Kashmir Civil Services (Character & Antecedents) Instructions, 1997, which governs a government employee’s behaviour while on the job. These rules contain a variety of provisions that govern the behaviour of employees in both public and private sectors.

The new order comes after a recent circular requiring J&K government employees to obtain vigilance clearance in order to obtain a passport. It was passed under the provisions of Article 311(2) (C) of the Constitution, which gives the administration the power to fire an employee without conducting a security investigation.