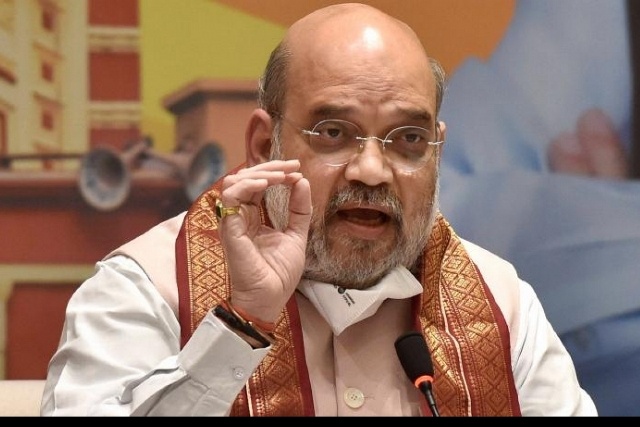 Amit Shah, the union home minister, claimed on Friday that violent criminals had previously attacked people in Gujarat because the Congress had given them support, but that after they were “taught a lesson” in 2002, they stopped their crimes and the Bharatiya Janata Party (BJP) had established “permanent peace” in the state.

Shah, while speaking at a rally in Mahudha town of Kheda district in favour of BJP candidates ahead of the Assembly elections next month, claimed “Communal riots were common in Gujarat before 1995, when the Congress was in power. Congress used to push individuals from various ethnicities and castes to attack one another. Through such disturbances, Congress increased its vote bank while inflicting injustice on a significant segment of society.”

In an apparent comment directed against Muslims, Shah asserted that Gujarat saw “riots” in 2002 because offenders were accustomed to engaging in violence as a result of the Congress’s continued support.

Mahua Moitra, a Member of parliament in the from Krishnanagar, West Bengal took to Twitter and criticised the Home Minister’s comments.

"They Were Taught Lesson In 2002, Permanent Peace In Gujarat": Amit Shah
This is the Home Minister of India. All the perfumes of Arabia will not sweeten his not-so- little hand.

Member of Parliament from Hyderabad and the President of the All India Majlis-e-Ittehadul Muslimeen (AIMIM), Asaduddin Owaisi, also took a jab at Amit Shah

Sanjay Jha, an author took to Twitter and said,
“ So the Gujarat genocide of 2002 where over a 1000 people were massacred was’ teaching them a lesson’, according to Amit Shah. Wow!!!! That’s a massive public confession by the BJP of their culpability.”

Has home minister @AmitShah provided the clearest confirmation of former Gujarat chief minister Shankersinh Vaghela’s charge that the 2002 pogrom against Muslims in Gujarat was preplanned—and that the train compartment carrying kar sevaks was burnt from inside at Godhra? https://t.co/CHQdkJLy07 pic.twitter.com/e67qwSYTBE

“This is Modi-Shah’s real Gujarat model.”

Tells a lot about the development model.