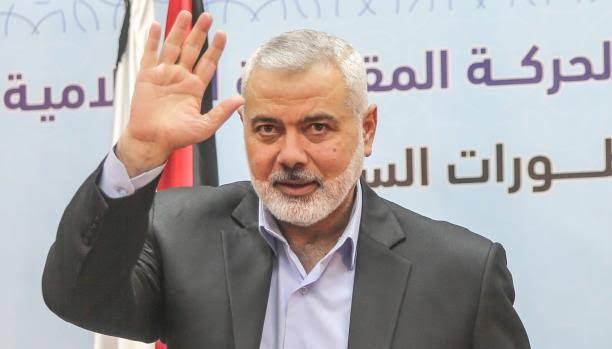 “We call upon you to act urgently, and to mobilize Arab, Islamic and international support, to take a clear and firm position to oblige the occupation an immediate end of aggression and terror practiced by the Israeli occupation against the besieged Gaza Strip,” Haniyeh said in his letter.

He called for the end of all violations in the occupied Jerusalem and its people,” including Judaization schemes, settlements, forced expulsion and racial discrimination, and revoke all decisions targeting its gates and neighborhoods, especially the Sheikh Jarrah neighborhood.”

Haniyeh also called on Widodo to mobilize international support to urge Israel to “keep its hands off the blessed Al-Aqsa Mosque, and to stop its violations against worshipers and allow them to practice their rituals and prayers freely.”

“May God preserve and grant you success, and for brotherly Indonesia further progress,” he concluded.

Meanwhile, Indonesian presidential spokesman Fajdroel Rachman has not yet responded to an Anadolu Agency query about the letter.

Earlier on May 10, Haniyeh also wrote to Widodo, seeking for support and calling on Muslims to stand together against Israeli aggression at the end of the holy month of Ramadan.

At least 217 Palestinians have been killed, including 63 children and 36 women, and 1,500 others injured in Israeli attacks on the Gaza Strip since May 10, according to the Palestinian Health Ministry.

Also, 12 Israelis have also been killed in rocket fire from the Gaza Strip into Israel.

Recent tensions that started in East Jerusalem during the Muslim holy month of Ramadan spread to Gaza as a result of Israeli assaults on worshippers in the flashpoint Al-Aqsa Mosque compound and Sheikh Jarrah neighborhood.

Israel occupied East Jerusalem, where Al-Aqsa is located, during the 1967 Arab-Israeli war. It annexed the entire city in 1980 in a move never recognized by the international community-AA