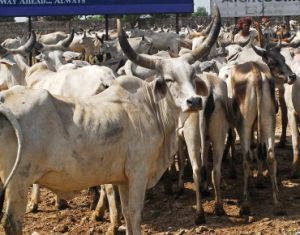 Singh is accused of shooting three cows at a farmhouse, which led to the death of one of them.

The complaint was filed against Singh at the Behat Kotwali police station.

The incident took place three days ago, after which several Hindu organisations hit the streets to protest against the Congress leader.

The police initially refused to register a case on the ground that the incident took place in Haryana.

However, several Hindu organisations staged a demonstration and conveyed their vigorous opposition to the incident to Uttar Pradesh Chief Minister Yogi Adityanath.

The case was finally registered in Saharanpur district in Uttar Pradesh on Sunday night, but police officials did not say if the case would be transferred to Haryana.

According to the complaint lodged by the Hindu activists, including the owner Maandeen, Singh owns a farmhouse located on the Haryana-Uttar Pradesh boder. It has been alleged in the complaint that on the day of the incident, “three cows accidentally strayed into Singh’s farmhouse to drink water. Singh was present at the time. The victim claims that Singh had shot bullets at the cows, killing one of them. Two of them are still missing”.

The reports claimed that the farmhouse of former Minister Nirmal Singh is prone to disputes. Two years ago, a case of a girl being raped and murdered at the farmhouse had come to the fore.

Three years ago, an FIR was filed against 11, including the former Minister, in the Yamuna sand mining dispute.

Uttar Pradesh has stringent laws for cow slaughter and cattle smuggling and whoever is found indulging in the two are publicly discredited with their photos posted on the streets and at public places.