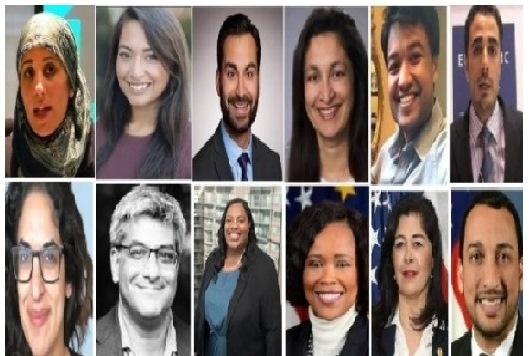 New Delhi: As many as 12 Muslim Americans have been selected for various positions in the new US administration, led by Joe Biden. The induction of so many Muslim faces is reflective of how the new government is going to function in the upcoming four years.

Biden has received appreciations from various groups and individuals for forming a team that comprises people from various sections of the society.

He was also praised for excluding two Democrats, Sonal Shah and Amit Jani who were purportedly linked with India’s Hindu right-wing organisation, Rashtriya Swayamsevak Sangh, which is the parent organisation of the ruling Bharatiya Janata Party.

List of Muslim Americans appointed by Joe Biden in his Admin:

3-Uzra Zeya – Under Secretary of State for Civilian Security, Democracy, and Human Rights

Sameera Fazili is the daughter of a Kashmir-born doctor couple, Muhammad Yusuf Fazili and Rafiqa Fazili, originally from the Gojwara area. Her selection for a key position sparked celebrations in the Indian-run part of Kashmir. Moreover, other Muslim officials also belong to immigrant families based in the US. Aisha Shah, a Kashmir born woman, has bagged a senior position at the White House Office of Digital Strategy.