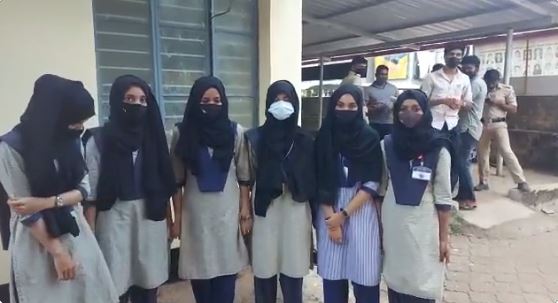 Female Muslim students have been barred for the past three weeks from entering classrooms at a college in Udupi, Karnataka just because they wear hijab. Some of the students have started to witness mental health issues due to the same, The Hindustan Gazette reported.

The six students have been marked “absent” by the college since December 31, 2021. Their parents approached principal Rudra Gowda to talk about the issue, but she refused to hold any discussions on the matter.

Campus Front of India’s state committee member Masood told The Hindustan Gazette that the students were threatened and forced to write a letter saying that they are not attending classes for the last 15 days.

He further said that one girl has fallen sick due to “mental torture”.

Earlier, the female students have claimed that they were not being allowed to talk in Urdu, Arabic and Beary languages on the college premises.

They have stated that they have been humiliated by some of the teachers for refusing to take off their hijab.

Speaking to The Cognate, 2nd year PU student Aliya said, “If you do not leave the classroom, I will push you out” a teacher yelled at them.

“They asked us to sit on the stairs. It felt uncomfortable and humiliating. We used the time to study among ourselves using some notes that we borrowed from other students attending classes,” she added.