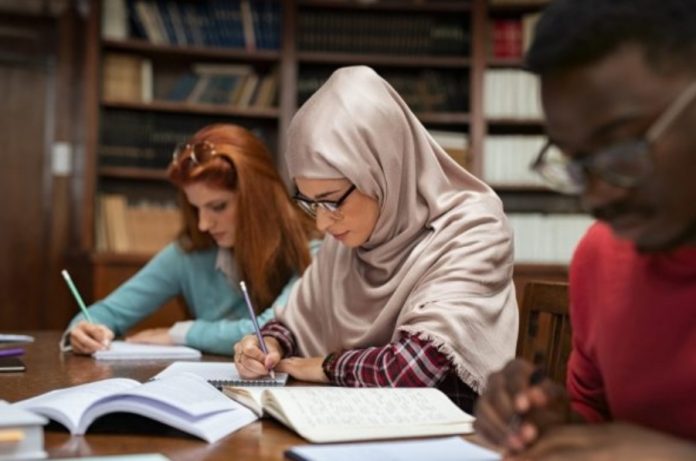 Further to the flippant remarks of “Education institutions becoming religious centers” made by the education minister of Karnataka” concerning the six girls who are protesting for their right to wear a Hijabs at the pre-university college campus in the district of Udupi. The drama that is being unfolded here, has caught the attention of national and Internation media, where the college authorities are relentless to allow the girls to wear the Hijab and continue their education at college since they consider the Hijab as a religious symbol and not within the code of uniform which the college adheres to.

The issue needs to be looked at from the point of view of, what are the limitations, and to what extent educational institutions like schools and colleges who have a code of uniform can decide, what is permissible to wear and what’s not permissible? Since the constitution of India guarantees every citizen the right to wear what they wish to, as per their choice. But, does it imply that one can wear a bikini to the college, and how appropriate would it be to wear one at a place where one undergoes education?

On this purview, education institutions have every right and authority to mandate a code of uniform that doesn’t altercate the conducive atmosphere of the school where a certain decorum is to be followed by the students who study there. Especially those educational institutions like the Pre-University college of Udupi, who are apprehensive about pupils wearing an outfit of their choice based on the pretext of freedom of choice.

Throughout the colonial period; which also brought English education to the subcontinent, there were hardly any institutions that imposed any uniform on the pupils, that compromised their religious obligations. They were freely allowed to come in their traditional outfits as per their customs since in a multi-ethnic and multi-religious country like India it was too superficial to impose a dress code which the British understood.

The Hijab on the other hand is an obligation on Muslim women ordered in the Quran, that represents an embodiment of modesty and piety. And a majority of Muslim women wear it as part of their religious obligations. Like a nun who would wear a scarf over her head and how the Sikh women and men wear a turban as part of their faith, and how a sadhu who remains covered with a piece of cloth barely covering his torso.

What education institutions are failing to understand is, if someone goes above the bar of what they have set as a code of uniform; is not breaching the bar. But it’s rising above the bar with merit. Suppose the school instructs that a girl student must wear something that covers her from neck to feet and if tomorrow the girl covers her head along with those set of instructions given by the school, it doesn’t imply that she is breaching the code of uniform. There is something that we always categorize as “Above expectations” in every institution, which the hijab perfectly fits in this category, fulfilling every nuance of modesty.

The educational institutions do not have any right to reprimand the pupil for wearing a Hijab on the pretext of breaching the code of uniform of their institution. Rather they should be silencing those fellow pupils who want to compete and challenge the idea of Hijab stating: If they have the right to wear a Hijab, we have the right to wear anything of their choice as well. The educational institutions should completely support the idea of girls wearing Hijab at schools and colleges because the Hijab is within the spirit of the constitutional laws.

In situations where the education institutions feel that students are abusing the right of choice to wear anything that they wish by challenging the code of uniform of the educational institutions. then the courts should decide what is more appropriate for wearing and what can be classified as modest by the institutions. Since many institutions have their own bar of modesty and no commonality or definition to define what modesty is.